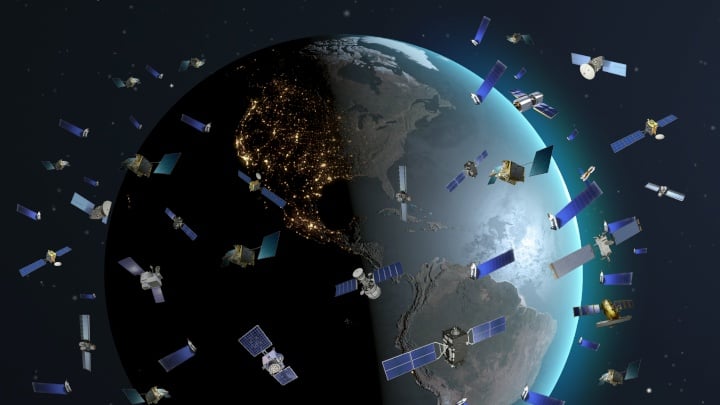 Many clearly visible satellites in the night sky can make space observation difficult. Source: AAS
IN A NUTSHELL:

SpaceX has already sent over 600 Starlink satellites into the orbit. The project, which is supposed to provide Internet access even to the most remote places on Earth, stirs more and more controversy. The Satellite Constellations 1 report published by the American Astronomers Society (AAS) raises the issue of the hindrance caused by the Elon Musk's initiative. Astronomers believe that such a large number of visible objects in low Earth orbit (so-called LEO) can affect the exploration of space.

Starlink satellites are visible for some time after sunset. They reflect sunlight, as they are still within its range at the height they orbiting at. The effect is further enhanced by the glossy surface of the first series of satellites. This visual effect is an obstacle for photographers of the night sky. The clearly visible flight lines of Starlink devices in low orbit have already spoiled many shots.

But more importantly, astronomers will be affected by the Starlink network. Already visible flashes (so-called flares) of Iridium satellites have forced them to create systems to predict their trajectory and warn them. The flashes were so clear that they could threaten the telescopes' sensitive optics. And the Iridium system has only 66 devices in orbit. Starlink will eventually take as many as 12,000 of them into the orbit (and SpaceX is considering increasing their number to 42,000). 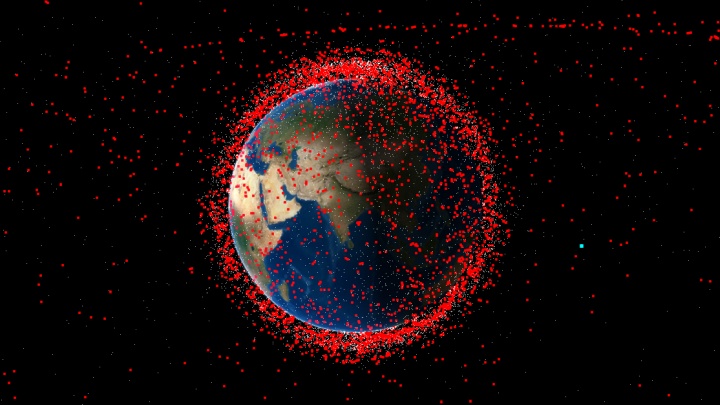 Currently, there are nearly 2700 active satellites in various orbits. The full implementation of Starlink will add one zero to the amount. And it's important to remember that not only Elon Musk has such plans. Amazon also wants to establish its own network of satellites. The company is going to send more than 3,000 devices into orbit, while OneWeb is going to send as many as 48,000. With such density of objects in the sky, astronomers' fears for further observations are justified. With such a number, it is no longer possible to predict and avoid capturing flights on photographs and images from telescopes.

The report makes some suggestions for dealing with the problem of "littering" in the night sky with satellite flashes. Of course, the first place is the demand not to launch so many devices. This is the only 100% effective way to eliminate the problem. Another way is to limit the reflection of sunlight, e.g. by making the surfaces of satellites from matt light-absorbing materials, using shields or changing their orbital inclination.

A fairly effective way to do this is to send satellites into lower orbits. Because the higher the object orbits above ground, the longer it is visible in the night sky. Above a certain height it can become a bright spot even all night long. This may explain Starlink's orbit being lowered to 550 km above the ground - Musk originally planned to place its satellites much higher.

One of the recommendations in the report is to edit the images of the sky to erase traces of flying devices. But it's probably already an act of desperation. Hopefully, the future will bring better solutions to this problem. Some of the remedies already used by Starlink in the subsequent series have proved effective, limited the brightness of the satellites, although they are still visible.

Iron-Man and Other Marvel Heroes in Fortnite; No Update for iOS