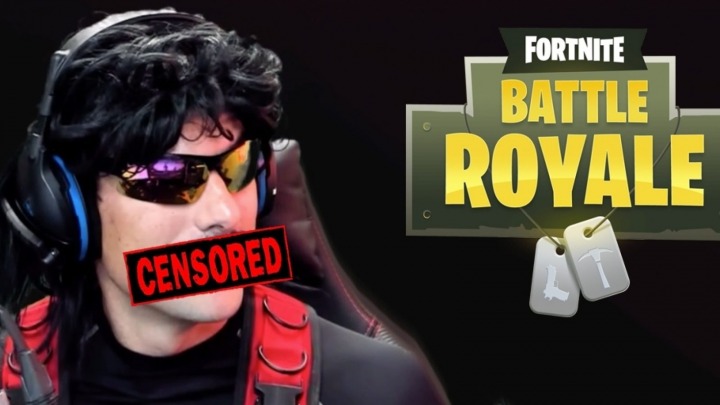 Funfact today - Doc worked for the studio responsible for Call of Duty: Advanced Warfare before he became a popular streamer.

Dr. Disrespect's show is unique. Our favourite is famous for his controversial statements, stormy personality and 80s-style appearance. He also became a self-proclaimed master of computer games. There's no denying that he's not the biggest fan of Fortnite, but he's often forced to play it during the "Triple Threat Challenge", a challenge in which he has to win 3 Battle Royale games. Yesterday in one of the rounds the streamer was in the last zone alone with another player. Unfortunately, he was low on HP, so when the zone closed completely, Dr. Disrespect had no chance of winning, especially since he was left without any healing items in his equipment.

We didn't have to wait long for his reaction. After losing, he immediately started the task manager with the words "get me the fuck out of this fucking stupid game." A moment later the shooter was already uninstalled. There was also a message to the Fortnite community:

"If you play Fortnite at the age of 13 or more, you have mental issues, something wrong with you, wake up," shouted out Doc to the audience on his stream.

The game along with the rest of the "show" can be seen on this video:

And finally, a message to all those who loved watching his adventures in Fortnite - don't worry! Doc has repeatedly uninstalled this game on his streams and every time he returns to it, we can be almost sure that this time it will be the same. Although after such a fiery speech, he can take a longer break from this unfortunate battle royale.