Red Dead Redemption 2 on PC received a true photographic mode, which set the camera "free". This enables us to operate the virtual "camera" freely and set it exactly as we want it to, using a wide range of filters and other advanced settings. This treatment has brought excellent results - among the works that Wild West photographers share on the Internet, there is no shortage of picturesque landscapes and spectacular scenes or even character portraits. Selected photos you be seen below.

It is worth noting that while working on the PC version of Red Dead Redemption 2, developers have focused on its graphics, which of course affects the quality of photos taken by the players. The devs have expanded the draw distance of objects, improved global lighting, environmental occlusion, and made the textures of the environment and animals more detailed. In addition, they enables uf to play in "4K or higher" resolution and in the ultra-wide mode.

We would like to take this opportunity to remind that according to unofficial reports, Red Dead Redemption 2 will receive a movie editor similar to the one known from Grand Theft Auto V. Allegedly such a feature will be put at our disposal in December, when the title will be released on Steam. 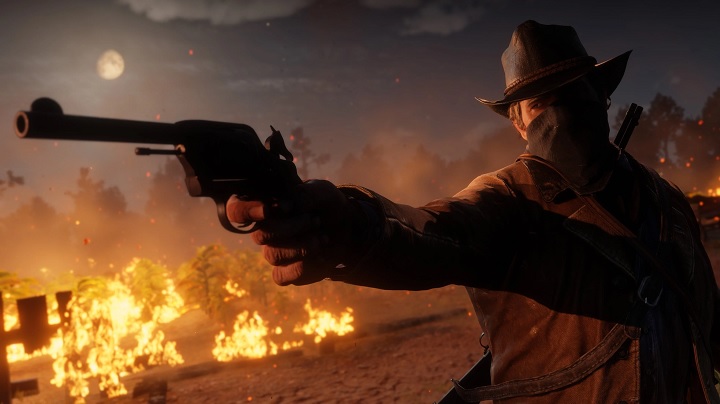 The photo mode implemented in Red Dead Redemption 2 on the PC enabls us to spread our wings.

Red Dead Redemption 2 launched on PC on November 5. Although the game from Rockstar Games was not without technical issues, the devs started to fix them the very next day. However, the creators failed to cope with hunger for resources of their game, which makes the highest quality graphics enjoyable only to the owners of the most powerful PCs.