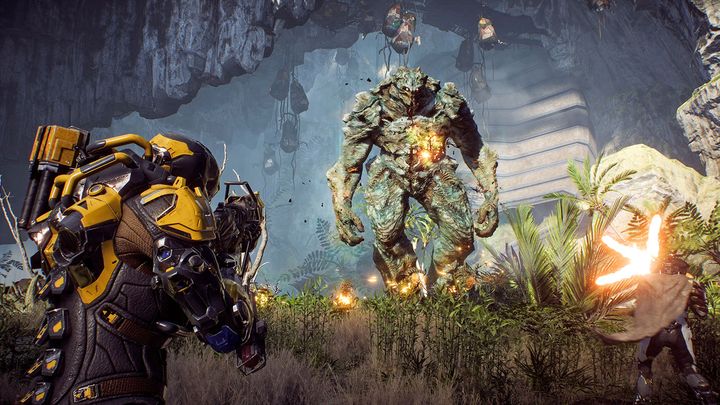 During a recent call to investors, Blake Jorgensen, Chief Financial Officer of Electronic Arts, announced that the company plans to sell 5-6 million copies of Anthem, BioWares latest title, by the end of March. When we do the math, it turns out that the company expexts to sell an average of 1 million copies per week. The publisher is also convinced that they will earn even more money thanks to the microtransaction system featured in the game.

The companys statement testifies to a great trust placed in the skills of the award-winning developer. However, this belief is probably not groundless, which is best evidenced by the popularity stats of the demo versions, which were available during the last two weekends  the players spent over 40 million hours in the game, which is certainly a result that the developer can be proud of

It is worth noting that the range of the first demo was smaller, because it was made available only to so-called VIP players  players who have placed a preorder or have an EA Access membership. This demo version was also full of various technical issues. The second weekend was much better  and much quieter, which Chad Robertson, BioWares Head of Live Service, did not omit to boast about.

Im thrilled to share that our public demo weekend exceeded our expectations. Operationally, things were super smooth  our war rooms were tranquil this weekend, which is exactly how we like them, reads the relevant post on the developer blog.

This does not mean, of course, that the studio has nothing left to do anymore. The demos have revealed a number of problems and the developers are hard at work on necessary fixes. Anyway, considering the recently revealed plans for post-release support, Anthem should give its creators a job for many months or maybe even years to come.

Electronic Arts could certainly use a success at the moment, especially in the face of the moderate flop of Battlefield V, which sold 7.3 million copies  one million less than the publisher had expected. We would like to remind you that Anthem will debut on February 22 on PlayStation 4, Xbox One and PC. Origin Access Premier subscribers will be able to play the game a week earlier, while those paying for Origin Access (basic) or EA Access subscriptions will at the same time be given access to a 10-hour trial version.

New Need for Speed and Plants vs. Zombies in 2019