It seems like yesterday, but it's been two years since we reported that Enter the Gungeon sold over a million copies. Today, almost four years after the release of the game on PC and PS4, that number has tripled. As you can read in the latest post on Dodge Roll Games' Twitter accounr, the title has already been purchased over 3 million times. You may be wondering if the figure takes into account the copies distributed six months ago through Epic Games Store - rather not, given that the creators explicitly used the word "sold" in the message. Besides, if you add the free copies, the total score would probably be much higher. In any case, it is an impressive amount, especially since the game's high level of difficulty can discourage many players. 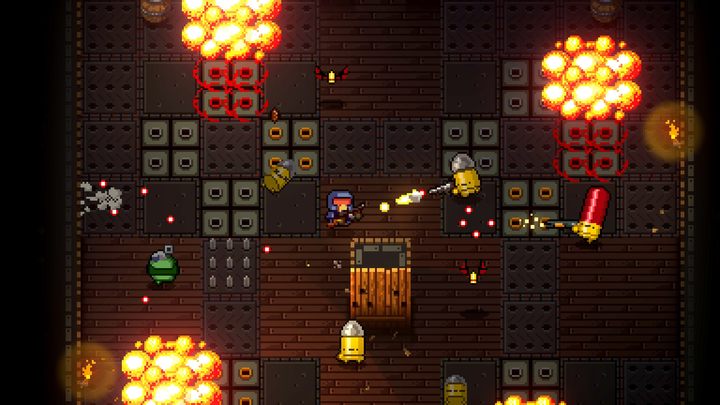 Traps, explosions, dodging bullets - Enter the Gungeon at its best.

However, this is not the end of information provided by the developers. The rest of the message is about Exit the Gungeon released on September 19, this year on iOS as part of Apple Arcade, based on similar premise as its older sister (dungeon crawler with unlimited waves of enemies). Well, apparently the spin-off is expected to arrive on PC and consoles in the next few or several weeks, ending the temporary exclusivity for mobile devices.

An interesting and additional treat for fans may also be the announcement of House of the Gundead. Slated for the beginning of the year, it's a gaming machine produced by third-party team at Griffin Aerotech. The machine contains a unique game based on the original, 2 controller guns (for cooperation) and a 43-inch LCD monitor. All this can be found not only in arcade centers, but also in private homes for only $4,999, a real opportunity.