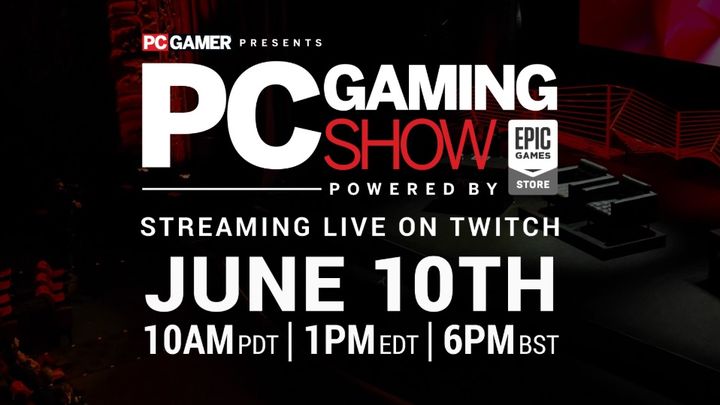 "This years livestream will present more announcements and new trailers than any previous PC Gaming Show. From brilliant indies to studios that have shaped PC gaming for decades, were excited to showcase whats next for the worlds most vibrant gaming platform," said Evan Lahti, global editor-in-chief of PC Gamer in a press release.

We wonder how the players will react to the news about this year's sponsor. As you know, Epic Games is currently facing a wave of controversy and reluctance from PC owners over its strategy to promote the Epic Games Store platform, including "bribing" developers to keep its store exclusive. Interestingly, the company announced that during the conference it will present new materials from several games... including titles that can only be found in EGS.

PC Gaming Show 2019 will be held on June 10 at 10 AM PST. The event will be streamed live on Twitch. You can find a list of all the conferences that we will see during E3 2019 (or shortly before they start) at this address.