We have bad news for ETS2 fans. SCS Software informed that Euro Truck Simulator 2: Iberia has suffered a delay and will be released next year. For now the creators are unable to give a new release date. Initially, the DLC was to debut at the end of 2020.

However, there is also good news - the devs are finishing work on update 1.40, which will greatly improve the graphics of Euro Truck Simulator 2. The game will receive a new, much more realistic lighting system. Other refreshed elements of the visuals will accompany it. Developers have improved literally every model and texture present in ETS2. Similar changes are being prepared for American Truck Simulator. SCS Software thus lays the foundations for the next years of development of both titles. 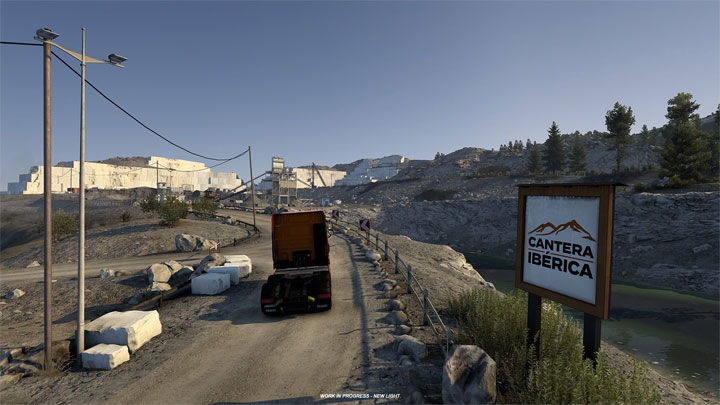 Update 1.40 for Euro Truck Simulator 2 is to enter the closed test phase in January 2021 . After that, it will spend several weeks in an open beta. The devs hope that the launch of the final patch will take place in the first quarter of 2021.

The refreshment of Euro Truck Simulator 2's visuals is a huge project that would be difficult to implement even under normal circumstances. When the creators were planning this year, they couldn't foresee that the coronavirus pandemic would force the team to switch to remote mode. In addition, Iberia is being developed already with patch 1.40 in mind. Therefore, the delay in work on updates also affected the development cycle of the expansion.

This did not only affect only the team working on the add-on. The group responsible for refreshing Germany in ETS2 is making good progress, but still has to wait with the finalization of the work until the changes introduced by patch 1.40 are stabilised.

In the case of ATS, this has been partially avoided, as the American Truck Simulator: Colorado expansion, released last month, was developed for the old lighting model.

Visual comparison between old and new lighting model in ETS2:

PS5s Differ in Noise Volume Depending on Installed Fan

iPhone Not So Waterproof After All? $12M Fine for Apple in Italy