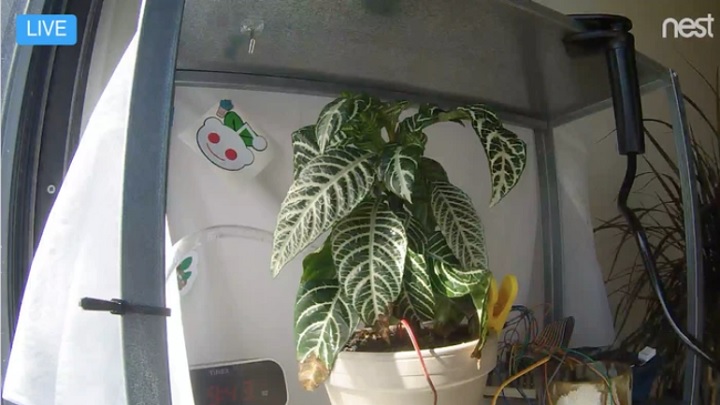 Have you ever wondered what would come out of a combination of crazyplantlady hashtag, Zimbardo's Stanford prison experiment and Reddit? You did? Great, because so did we! There is already an answer to this troubling question: it's called r/takecareofmyplant and it has the miraculous power to restore faith in humanity.

To be reminded about watering his plants, Tyler Wood, a plant owner with a poorly developed routine of caring for his potted roommates, has set up a chat with his work colleagues. Wood went one step further and decided to find a solution that would allow him to have a plant without having to water it himself. Lazy? Not exactly. Twitch provided him with a solution, and so did Twitch Plays Pokémon, a Twitch channel on which an average of 80,000 people played Pokémon Red every day with chat commands. After 17 days, all 151 Pokémon were collected and the media went wild. So far, it is not known who is behind the modification that allows the game to be played this way, but the channel still works. You'll find it here.

I wondered if this same collective, chaotic approach could keep an actual organism alive, Wood said. I think a plant is the only organism I could morally and ethically allow the internet to take care of, Woods describes his reasons.

So he set up r/takecareofmyplant and connected the water pump to Raspberry Pi, a minicomputer designed to turn the supply on and off. Reddit called the plant in question - Aphelandra squarrosa, commonly known as Zebra plant - Jeff and the whole thing took off. Users voted daily for yes or no, the bot counted the results and the plant was eithered watered or not. In the meantime a livestream was launched (and later on sensors measuring different parameters were added), so the guardians could check how their protégé was doing. Probably most of you will think that putting any existence in the hands of an online community is how you get disaster and destruction. Surprise. The experiment is still continuing. Jeff was replaced by Freya after more than two years, but it wasn't subreddit's fault - the plant had given up in the face of hardships of the owner's interstate move. Wood has limited his participation in the community to observation.

This kind of random project has led to some sort of real connection, Wood said. It just kind of flies in the face of a lot of the perceptions of the internet as miscreants and ne'er-do-wells.

Of course, Jeff and Freya have encountered people with bad intentions on their way - most of them limit themselves to trying to overflow or dry out the plant, but one of them impersonated Wood and tried to mislead the group. The community organized itself efficiently against the common enemy and managed to deal with the problem. Over time, the common goal has strongly integrated the users. So much so that when, for example, Tyler Wood remains inactive for a long time, he gets a question whether he's okay.

The fact that care for a living organism brings us closer together, or that there is something in nature that triggers positive emotions in people, is also confirmed by other experiments, including one similar to the abovementioned case - Telegarden. Between 1995 and 2004, Prof. Ken Goldberg, with the help of a mini garden, robot and the Internet, allowed participants to plant and water whatever and how they wanted. And even though the experiment assumed involvement of bad intentions, also in this case the garden developed well. That's how Goldberg summed it up:

I thought it was the last thing people wanted to do on the Internet. But they love gardening even when it's not physical. It's a deeply human instinct to nurture plants and connect with nature. 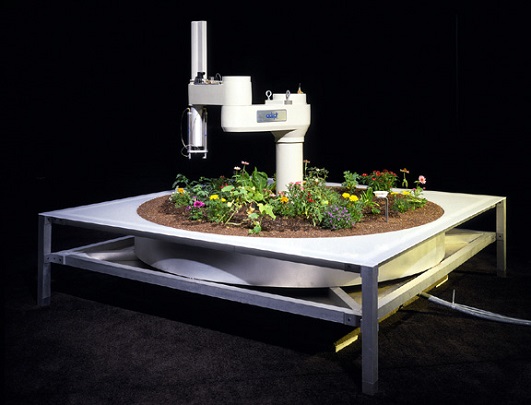 Who knows, maybe one day we'll have a similar experiment with people. Although... on second thought, let's not. And you know why? Raise your hand, whoever killed a Sim at least once. And now those, who deliberately spoiled their crops in any farm simulator. Exactly. This could go very ugly very fast.