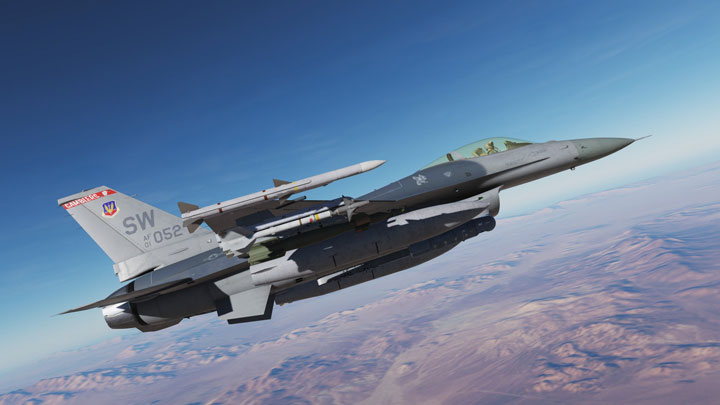 Fans of virtual flying have plenty of reasons to enjoy this year. First the F-14 Tomcat aircraft simulator appeared in the spring, then Microsoft announced a new installment of the iconic Flight Simulator, presenting amazing levels of visual fidelity, MicroProse announced its return to the market, and now the F-16C Viper module for DCS World is joining them. If you want to buy it at a promotional price of 64 dollars, you only have a few more hours left. This afternoon, after the official launch, the price will return to the standard $80, and a new discount shouldn't be expected anytime soon.

Eagle Dynamics kept its word by announcing the release of the long-awaited production in early autumn, although for now their latest module will be available in the form of early access. Over time, additional functions and options will be added, such as a wider range of weapons. It is worth mentioning, however, that even as it is now, the virtual F-16 has a lot to offer, including things like laser-guided bombs, which is a significant improvement compared to the day one situation of F/A-18C Hornet. 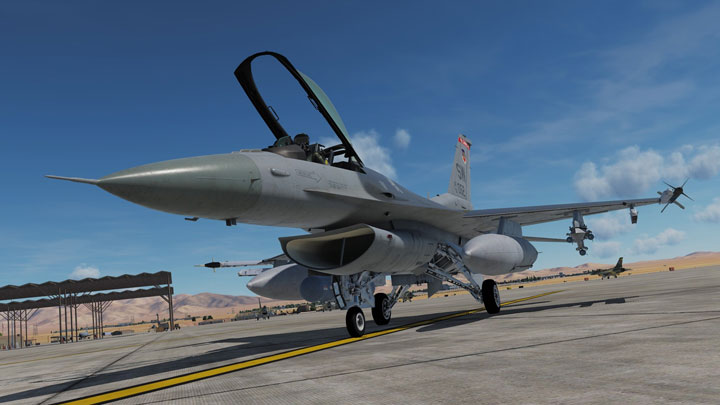 The "Viper" module was created in cooperation with American squadrons flying on F-16C. During the development, the creators tested military simulators and conducted a lot of conversations and consultations with pilots flying the machine on missions. Commitment to realism was so great that they deliberately chose to simulate the somewhat outdated version of the F-16 Block 50, because only in this case could most systems be recreated as they actually work. With newer models, a lot of features are still classified as "top secret", and any possible "fabrication" of their operation based on general assumptions and guesses was unacceptable for the team at Eagle Dynamics. Much attention has been paid to the design of the machine itself, which looks simply photorealistic and is a real showcase of the capabilities of modern PCs. 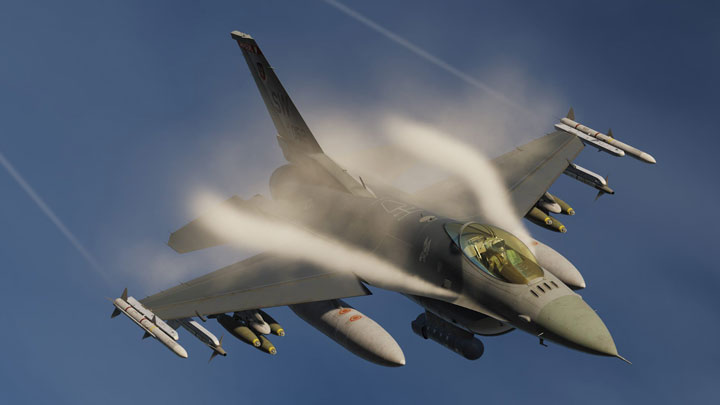 Let us recall that in May this year a small scandal broke out related to the F-16 simulator. US authorities arrested Oleg Mikhailovich Tishchenko for smuggling official manual for the F-16 aircraft in 2016. The Russian was allegedly one of the developers of Eagle Dynamics and, according to the accused, the materials were to help create the most realistic F-16 simulation possible. According to the official position of Eagle Dynamics, he did it only in his own private time and was not involved in the development process. The company also recently reported that the actual development of the F-16C Viper module had only just begun in October last year.

To fly the F-16C Viper you need the DCS World platform, which has been developed by Eagle Dynamics since 2012. This is a virtual sandbox of the digital battlefield, to which the team devs and other third-party creators add modules from time to time to expand the options of fun in the form of maps, planes and helicopters. The platform with the huge map of Georgia is free, but every module has its own price. For beginners there is a simplified, arcade option of flying and operating the systems, but most modules show their true potential only in realistic mode. Online servers and content created by the fan and modding community provide virtually endless fun options.