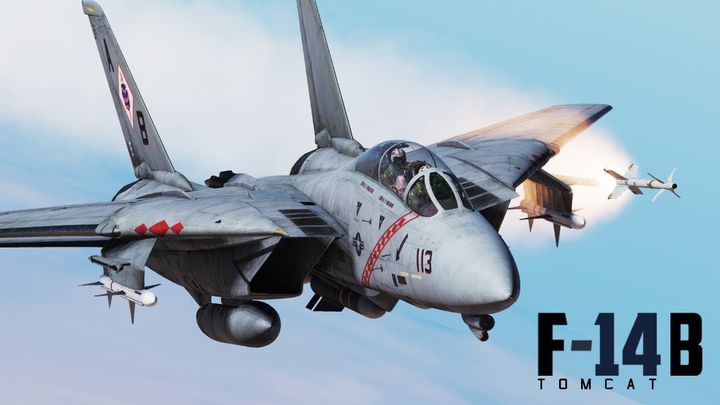 The F-14 is one of the most anticipated interceptors in the history of DCS: World.

Anyone who wanted to sit at the controls of the F-14 Tomcat and feel like Tom Cruise in Top Gun can have reason to be happy. On March 13, after more than four years of development, the plane will make its debut in the early access of Digital Combat Simulator World. In connection with the release, a trailer was published, which can be seen below.

F-14 can be pr-ordered for $69.99 on the developer's official website. This version, however, is incompatible with Steam. Please note that only the F-14B version will be available at the time of release. Version A is to appear later.

It is worth recalling that DCS World is a platform that debuted in 2012. Its aim is to associate the works from Eagle Dynamics released under the banner of Digital Combat Simulator. This ensures that all parts of the cycle are compatible with each other. This enables each owner of any part of the series to play together on common servers. Although the basic version of DCS: World is free of charge, it has very limited content, which can be expanded with paid extras.