For the past four years, Factorio has been conquering Steam in early access. Today, after more than eight years, Wube Software has released version 1.0 of its game.

In an entry on the official Factorio blog, the devs thanked everyone who contributed to the title. This includes players who sent almost 19 thousand error reports, as well as the creators of over 5.6 thousand modifications. They also mentioned in-game event organisers, Wiki managers, and, of course, all players who bought the title in Steam's Early Access.

Even before the release of the full version, Factorio gained a lot of popularity on Steam. Nevertheless, the creators could not finish their work for a long time. Already at the beginning of 2018 it was announced that the game would leave early access, but these plans ware not to be achieved. Eventually, version 1.0 was to be released in September, but the announcement of the release date of Cyberpunk 2077 prompted the creators to postpone Factorio's debut to an earlier date. This was not changed by the recent delay of the aformentioned title, and Wube Software has been working hard to fine-tune Factorio in the past months. 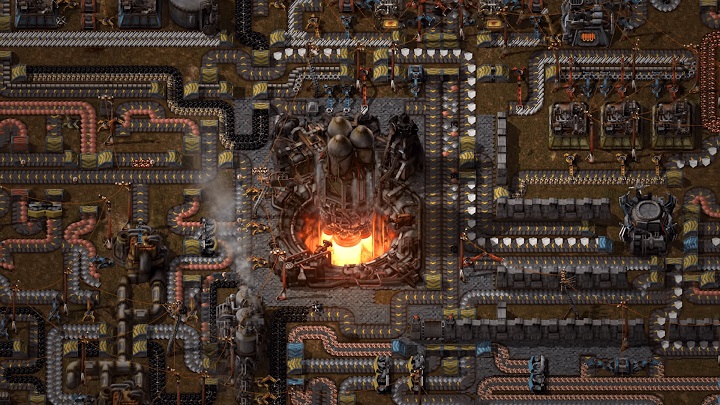 It took four years in early access for Factorio to get to version 1.0.

Unfortunately, although the creators decided not to make major changes so as not to add any serious bugs, they did not manage to remove all the shortcomings. The team still has to deal with 150 bugs reported in the Factorio forum, as well as 80 other problems. Therefore, patch 1.1 will not introduce significant novelties - the creators will focus on polishing their work. This is not surprising - officially the entire content was added at the beginning of the year in version 0.18.