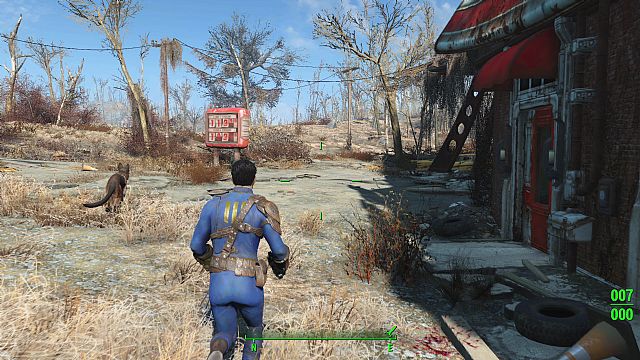 Steam Spy has shared information on the number of buyers of the PC version of Fallout 4 in the first 24 hours upon release. The game sold over 1.2 million copies. This result is not surprising  yesterday 450,000 people played the fourth full-fledged installment in the Fallout series on Steam at the same time, and the reviewers praise the game, giving it high ratings. It should be noted that the game was available in presale, and therefore the number of people who owned the game on release doesnt equal the number of copies that were sold during the first day. 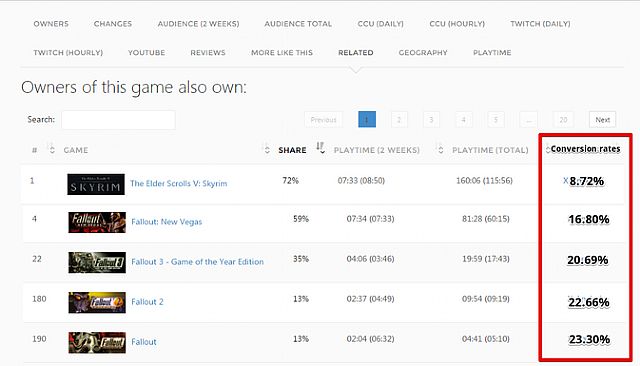 The interest in the Fallout series is increasing, but not everyone whos interested buys its subsequent parts.

Apart from these sales statistics, the creator of Steam Spy has also posted on Twitter a comparison of the previous parts in the Fallout series and The Elder Scrolls V: Skyrim in terms of the so-called conversion rate, i.e. the ratio of the number of people who visited the website where they can buy the game and those who actually bought it. It is worth noting that he only applied this category to the people who were already in possession of Fallout 4 on Steam. It turned out that fewer and fewer owners of the new Fallout on PC, who are interested in the cult series, decide on the purchase of its older installments. On Steam, first Fallout reached a conversion rate of 23.3% (which means that 23.3% of people who visited the page featuring the game decided to purchase it), Fallout 2  22.7% Fallout 3  Game of the Year Edition  20.7%, Fallout: New Vegas  16.8%, whereas TES V: Skyrim  only 8.7%.