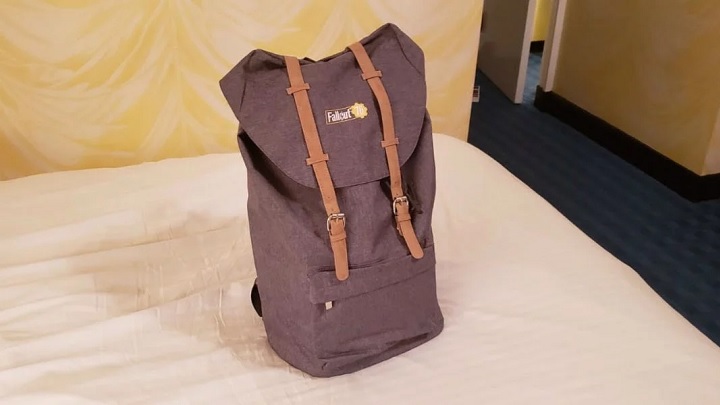 A simple, decent backpack was enough of a reason for the players, to shower Bethesda in hatred.

The release of Fallout 76 definitely didn't go as planned. The recent controversy, which was connected with the Power Armor Edition, and more specifically, the bag included in it, is enough of a problem by itself. It turned out to be of worse quality than advertised by the publisher, which made the buyers of the said edition less then happy. Unfortunately, this is not the end of the story. HeelsvsBabyface, a YouTube user (via Game Rant), pointed out that famous youtubers received high quality backpacks for free in October.

These backpacks are definitely not the same items, that were supposed to be in the Power Armor Edition. However, it's easy to understand the annoyance of the community, expressed massively on the web. The fact that the so-called influencers received for free a much better product than the buyers of the expensive collector's edition, is for some people a proof that Bethesda treats some players better than others, which in itself can be considered reprehensible. What's worse, however, the videos from unpacking this gift could've served as a confirmation, that the buyers of Power Armor Edition will find an item of comparable quality in their boxes.

Saying that Fallout 76's debut is one of Bethesda's greatest failures, making all kinds of horse armor seem like a childs prank, would be no exaggeration. The online installment of the iconic series impressed neither the critics nor the players, with an average rating of about 50/100 on all platforms (via Metacritic). The atmosphere and nicely crafted, post-apocalyptic world were not enough to hide the throng of bugs and simplistic gameplay mechanics, of which we have been hearing of since the production launched. And then, there are the controversial actions of Bethesda: hindering the refunds of the digital edition of the game and the aforementioned scandal with the collector's edition. Even if the company succeeds in fixing the biggest problems of the new Fallout in the announced updates, it seems doubtful that it'll be enough to regain the players trust.