The ammo converter can be obtained quite early.

Two days ago the first season of Fallout 76 launched, introducing, among others things, free season pass to the game (like the one from Fortnite), thanks to which the players, by fulfilling various tasks, accumulate S.C.O.R.E. points needed to unlock its next ranks. These, in turn, provide a variety of rewards, including the Ammo Converter, which has become a hot topic for Fallout 76 players in recent days.

The item can be obtained very early, because it is already on the fifth rank of the season, so it is certainly not surprising the initial excitement of its existence (well, who wouldn't want to be able to get rid of the unnecessary ammunition and replace it with the one used every day). However, it soon turned out that the interface of the device is designed like a disaster and, as the players claim, "shows that none of the devs actually play the game".

How does the ammo converter work?

To use the converter, we need to use a terminal connected to it. Then, depending on what we want to do, we have to choose the appropriate option in the menu. We can choose to change the ammo into points and exchange these points for ammunition. And this is where the problems begin. 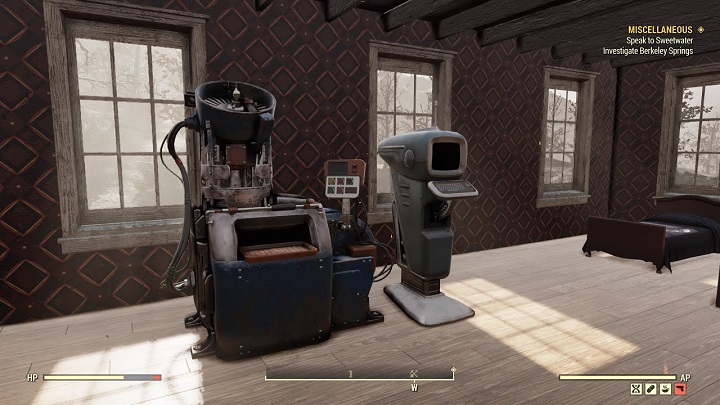 The devs decided that it would be a good idea to prevent the conversion of all unnecessary ammo at one time (only 18 rounds can be converted into 20 points). So if, for example, we want to get rid of 300 rifle bullets, we will have to choose a given option from the menu several dozen times. Then, when we decide to exchange the points we have earned for another type of ammunition, we will have to choose the same option again another dozen times.

Bad? Now imagine, after such a tedious job, you want to leave the terminal. At this point, you have to press the button back a few dozen times, depending on how many times you have chosen the option before. The operation of the converter is presented below, in a video by The Lone Wanderer (out of mercy, we will not comment on bugs the player encountered while trying to use the terminal).

Ammo converter seems to be quite a useful item for beginners (as these players usually have a small amount of unnecessary ammunition), although experienced players have made it clear that they have no intention of wasting time using it. It is worth remembering, that in general the community seems to be satisfied with the changes introduced in Fallout 76. The subsequent ranks of the seasons do not require grind, and the rewards are satisfactory. Subscribers of Xbox Game Pass service on PCs and consoles will be able to find out about the game's actual condition. The title will be available for subscription on July 9.