Fallout 76 - the multiplayer survival RPG by Bethesda  was finally released. The title is available on PC, Xbox One and PlayStation 4, and many players are wondering how the different versions compare. Candyland delivers an answer in a recently published YouTube comparison video.

The video shows the differences between the PC version on Ultra settings in 4K resolution, and console releases running on PlayStation 4 Pro and Xbox One X. 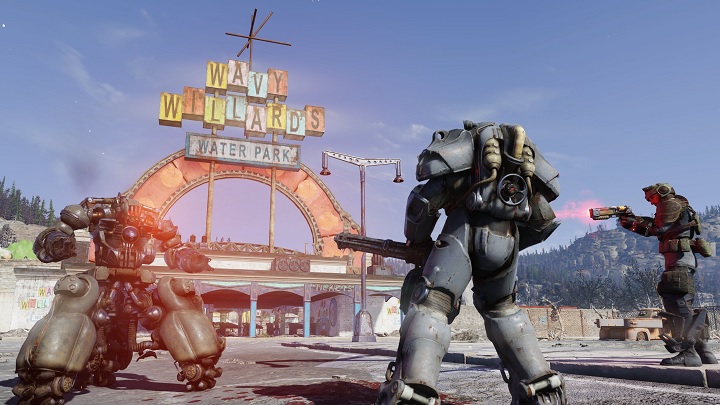 The differences are not significant. The PC version on Ultra renders a better distant environment LOD than the PS4 Pro, which is further aggravated by the fact, that the Sony console generates images at a much lower resolution. The Xbox One X version, on the other hand, seems to be presenting practically the same level of details as PC in such situations. The image is only a little blurred.

However, in terms of texture quality, the graphics of the elements located close to the player are virtually identical on all platforms. It seems, however, that each version uses a different variant of ambient occlusion and as a result, the PS4 Pro version has the ugliest shading of the bunch, while in some places (especially in interiors) the Xbox One X edition appears to be besting the other versions.

All in all, regardless of the platform, Fallout 76 is unlikely to impress anyone with visual qualities. Players also complain about a throng of glitches and technical issues plaguing the game, as per Bethesda tradition. We will see, how much of those issues will be solved in the coming months.