One of the Euro Truck Simulator 2 players created a map, on which you will find all the locations from the basic version of the game. They were superimposed on the real world map, but it was not without difficulties. Not all the locations and object present in ETS2 have their equivalent in reality, and vice versa.

It took BoxoRandom three months. During that time, he explored the entire map of the basic version of ETS2, all in order to map the location of the cities as accurately as possible. 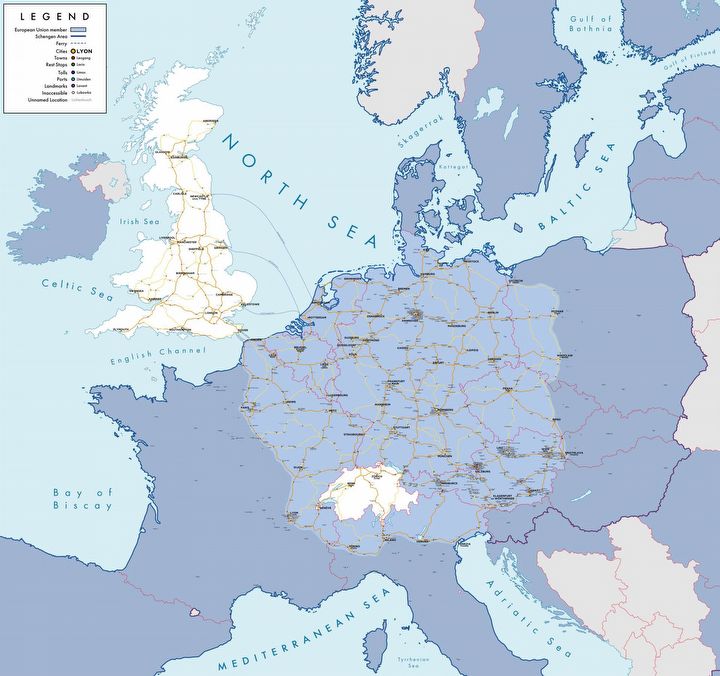 To do this, he unlocked the developer tools in the game, which enabled him to move around the game world much faster. The next step was to note all the locations, characters, etc., and correlate them with what we can see on Google Maps.

However, there were a few exceptions that were difficult to put on the map, as a result of which the author had to give up on labeling them. These are:

Moreover, the location of some of the gas stations and rest areas in France and Germany was completely different from reality. In addition, places that did not have a specific name in ETS2, but were located on the map, were placed with some approximation, trying to align the simulator world and the real world as much as possible.

This does not change the fact that the map is quite a curiosity. It shows how much undeveloped space there is still left in the simulator world. It's worth adding that the graphic above is a slightly scaled-down version of the image. The original, in 12000 x 10000 pixels, can be found here.

BoxoRandom is planning to make similar maps concerning areas from the DLCs for ETS2. However, we do not know when he will start working on them, as this is a job for the next few good months. And if you are a fan of ATS, you will have to wait even longer for a similar project.