FIFA 20 Demo can be download from Origin, PS Store and Microsoft Store. 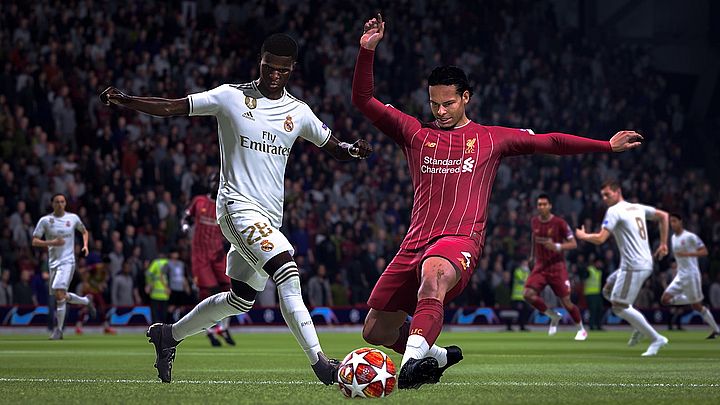 The demo version of FIFA 20 will be available today.

Electronic Arts has announced that it will release the FIFA 20 demo today. The demo will be available on PlayStation 4, Xbox One and personal computers. Recall that the date is not consistent with previous guesses of Dexerto, which predicted that the demo will launch on September 12. Luckily for all fans of virtual football, we will be able to play the demo today. Let us remind you that the full version of the game will debut on September 27, this year and will hit the above mentioned platforms and Nintendo Switch.

The demo version will allow you to test the long-awaited VOLTA Football mode, which is a kind of response of the creators to the many years of lack of subsequent FIFA Street installments. The new mode includes storyline, online competition and many variations on street football - we wonder which of the aspects developers will show in the demo. The demo version could not lack the classic Instant Match, although it is not known whether there will be an option to play it on your own terms (e.g. without fouls or in survival mode).

However, we did not receive any confirmation regarding the teams that will be playable in the demo, but according to the graphics that leaked some time ago, we should expect the following clubs:

The demo will probably be available today around 8 AM PT. It is also worth mentioning the list of 100 best players, which was published by EA Sports yesterday on the official website of the game. Although, it seems that FIFA rankings are awarded for merit (for marketing, not for the club), and not real skills or field statistics. That's how the top ten looks like: