FIFA 20 is the next installment of the popular series of football simulators started in 1993. The title develops the formula known from the previous games, offering fun for both single player and fans of multiplayer experience. As every year, we can find real-life players and teams in the game, which we lead to victory in subsequent matches. EA Sports is once again responsible for the development of the game.

FIFA 20 enables the players to play matches, games and tournaments with licensed national and club teams from around the world. Particular emphasis has been placed on increasing the realism. Player AI has been improved - especially in terms of the behaviour of defenders and goalkeepers. Automatic positioning and selection of players in fixed parts of matches and switching between players have also been improved.

The biggest changes to be found in the latest installment of the series include the VOLTA Football mode. It enables us to play outside stadiums - on pitches located e.g. in underground passages or on roofs of skyscrapers. In this form of fun the player creates their avatar (male or female) and plays matches in modes such as 3v3 Rush (without goalkeepers), 4v4, 4v4 Rush (without goalkeepers), 5v5 and Professional Futsal.

FIFA 20 has also received many minor changes compared to the previous installment. Most of them are limited to minor modifications in the game mechanics. In the case of technical tricks, the margin of errors that can be made while performing tricks has been widened. Passing has been made more difficult - the accuracy of one-touch passes and volley shots has been reduced. Additionally, the efficiancy of attackers was increased, shots with the outer side of the foot were limited to players with the appropriate characteristics and the goalkeeper's movements are slowed down when controlled by player.

FIFA 20, like the previous part of the series, is powered by the Frostbite engine, which translates into very realistic and detailed graphic design. The game is also accompanied by a professional commentary.

FIFA 20 Guide contains tips that will teach you how to score goals and how to be a successful coach. The best players and the best goalkeepers and FUT tips will help you to complete your team. Check out our FUT and FUT Companion 20 Guide! 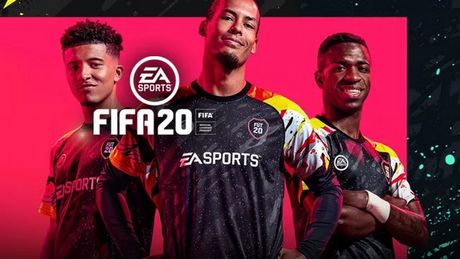 FIFA 20 once again proves that when it comes to playing with friends, nobody's got anything on this series. Unfortunately, things aren't so great with everything the game offers.

Electronic Arts have announced FIFA 20. This years entry in the football series will launch in late September and is to introduce numerous changes, including new game modes.

EA presented a list of changes to be implemented in FIFA 20. According to the game's publisher, they are to be a direct response to the requests and comments of fans who accused the series of glaring bugs and controversial realism.

The FIFA 20 teaser is available on Twitter of EA Sports. The video content reveals the release date of the latest installment of the popular football franchise. We will definitely find out more details during EA Play, where the title will have a 30-minute panel.

Full trailer of FIFA 20 has arrived, which is the next installment of the popular football simulator from Electronic Arts. It focuses on the VOLTA Football mode, which will allow you to play on less traditional sport fields. Also, pre-orders have been launched.

Just before the start of the EA Play event before the E3, Electronic Arts revealed the hardware requirements of FIFA 20. Fans of the series have no reason to worry - they are very similar to those for the previous part.

Electronic Arts has just revealed that more than a quarter of the company's profits for the previous fiscal year came from selling Ultimate Team packs in FIFA and other EA sports titles.

EA Sports announced that Zinedine Zidane has become the  face of the Ultimate Edition of FIFA 20. Real Madrid coach has joined Eden Hazard and Virgil Van Dijk, whom we will see on the boxes of the Standard Edition Champions Edition respectively.

New information about the FIFA 20 Ultimate Team mode has appeared on the web. In this year's installment of the iconic EA series we can expect really big changes. Will they be for good?