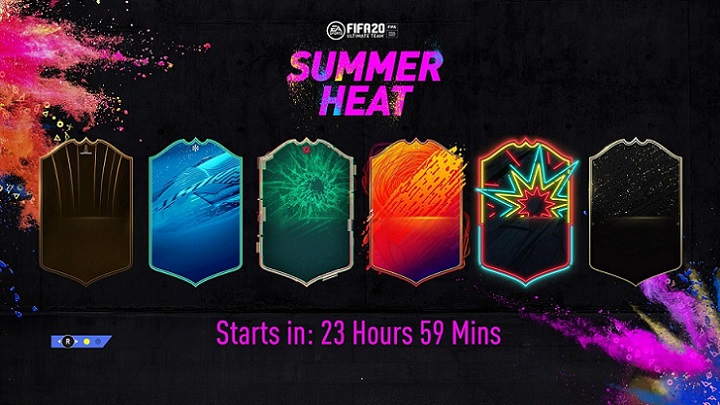 There will be a whole range of colored cards to be acquire.

FIFA 20 is inevitably entering the final phase of life. As every year, the Team of The Season cards have been added to the Ultimate Team packages, which rewarded the best players of the current season from different leagues in the world. This year, due to the pandemic, the whole thing happened earlier than usual. After the end of this event, during which players could win the best of the best, we waited as to what will happen next, because there is still some time left until the release of FIFA 21, and FUT doesn't like emptiness, especially since the ball has started moving around the world. For a few days now EA has been announcing a new event called Summer Heat. What is it about? So far, we don't know what exactly the Canadians are planning, but from the hints they have revealed so far (and some less than official leaks), we know that it will be one of the biggest events in FIFA 20. 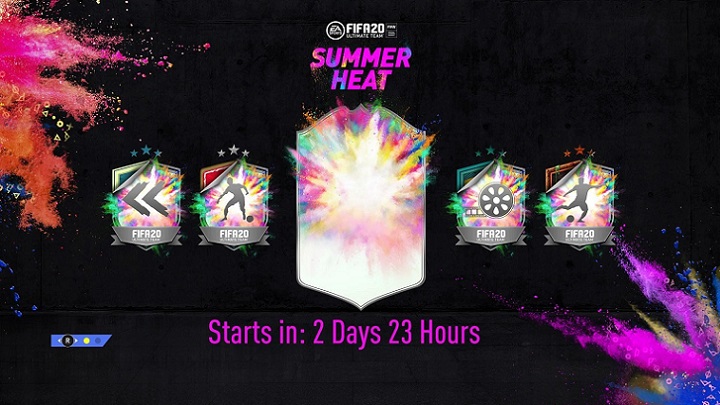 On Wednesday at 10 AM PT, the packages. will start includeing special versions of cards that were published throughout the year in FUT, including the cards visible on the graphics from the game itself, i.e.: "Copa Libertadores", "Winter Update", "Shape Shifters", "Headline Heroes", "Ones to watch" and "Top Shape" cards for players who stand out in the current queue of live games. The second picture also suggests that cards from the past - "Flashback", "FUTmas", "Memorable Moments" and "Ultimate Scream" - will return. The return of these cards will probably take place with the simultaneous increase of their skills, so that they fit into the current strength of the player line-up, because in their original version they would not be interesting enough. 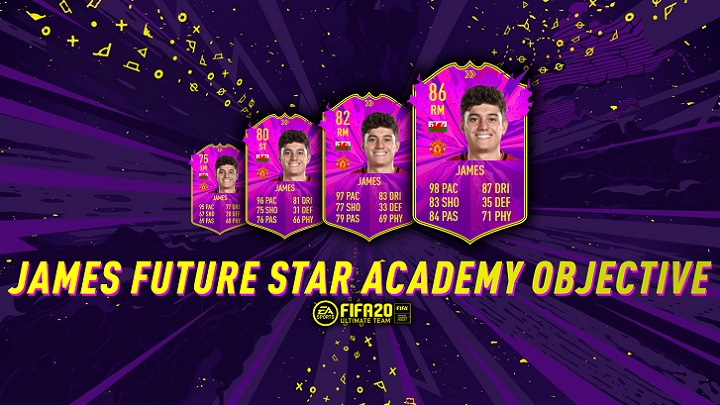 Players speculate that we can also get special cards, which can be improved by playing matches with them and meeting certain requirements - as was the case with the warmly received "Future Star Academy" cards.

A good deal on the packages and an interesting new event may sweeten the waiting period for the new game, especially since recently it has not been well received that FUT Champions will feature not only TOTS cards from the best leagues as prizes (that is, let's face it, those most desired by the players), but also from the smaller ones, which are much weaker. It remains to be hoped that EA will be up to the task of organizing Summer Heat.

Rumor: New Batman Game Will be Revealed in August