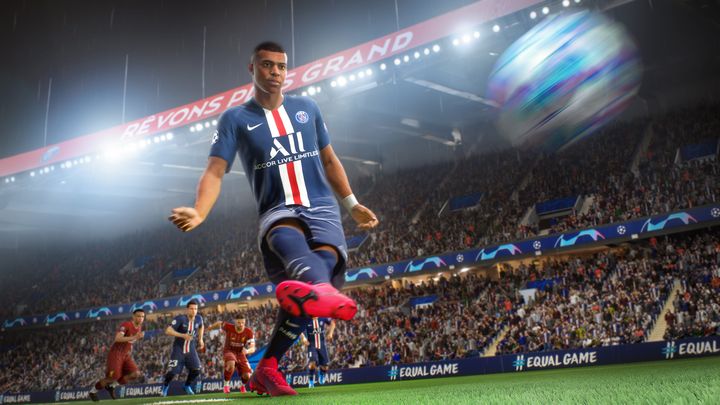 Manager mode fans are unlikely to be disappointed.
IN A NUTSHELL:

Electronic Arts has recently been regularly sharing the latest information on specific aspects of FIFA 21. On August 11 we wrote about the changes to FIFA Ultimate Team, and already today we have received news about improvements to the career mode, especially the manager mode. There are not many of them, but they can have a real impact on the comfort of gameplay.

During a single season, a player has to have dozens of matches, so they often rely on a simulation of a match in order to save some time. Very often, however, developers were accused that the automatic ways of conducting the game can be unfair, and a stable team from the top of the table was able to lose to a newcomer team. EA listened to the fans' requests and in FIFA 21 we will have more influence on simulated matches, all thanks to the interactive panel. It will enable us to observe the show more closely (each moving circle corresponds to one player) and make changes in the any minute.

The key innovation seems to be the possibility to join the meeting ourselves at any time. It's 70:00 and our team has a decisive penalty kick to execute? The game will give us control over the shooter. 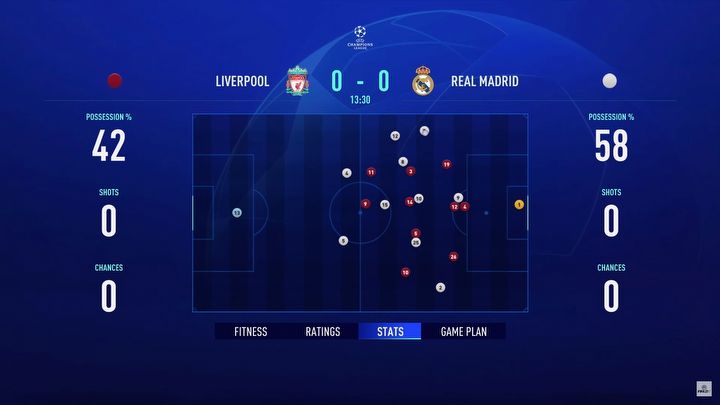 Electronic Arts bets on two tactical details in this matter, which will make the manager mode even more dynamic. The first one will enable us to change the position of players depending on the current needs of the line-up. So if we notice the offensive potential in one of the side defenders, we can "respecialize" him as wide receiver.

The second one enables us to choose a player's profile, which will affect his movement on the pitch and his attachment to chosen tasks. This enables our striker to run behind the ball all over the playground using aggressive interfering, or wait for passes from his colleagues in the sixteenth meter. 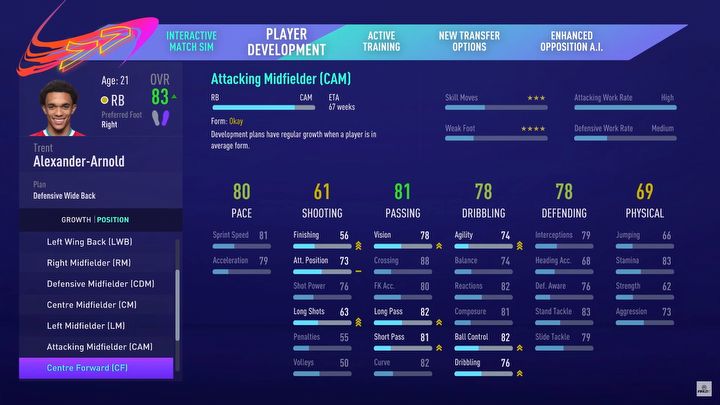 FIFA 21 will give us more options when it comes to playing around with the training calendar. We will be able to choose the days on which our players rest or work. A given element (e.g. crosses) can be trained by several players at the same time.

The way we will carry out the training units will influence the pre-game statistics in the form of physical preparation, morale and match sharpness. The first two elements are no novelty, but the latter is different. The numbers next to it will tell us how well a player is doing at a given moment of the season and whether it is worth relying on him. 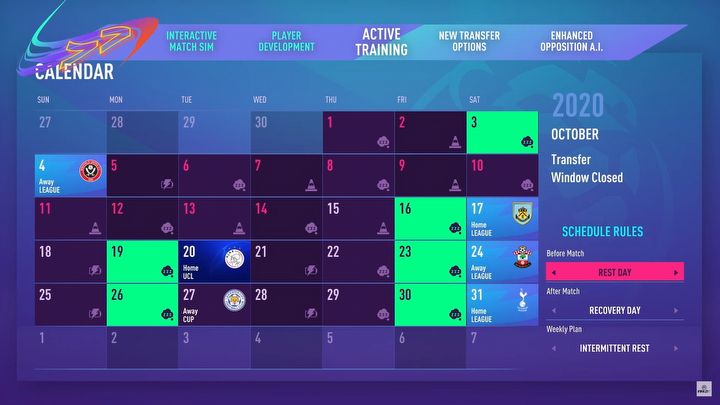 Moving around the transfer market has been one of the most pleasant things in the whole manager mode for years. This time, EA has opted for greater realism, and in addition to a ton of new options, the presence of which we will only really see with the launch, a specific type of contract with a new player has been announced - a loan with a possibility of poaching (or with an obligatory buy up after the end of the loan period). Negotiations with other coaches will be more thrilling, because standard cash transactions may now be enriched with player exchanges. 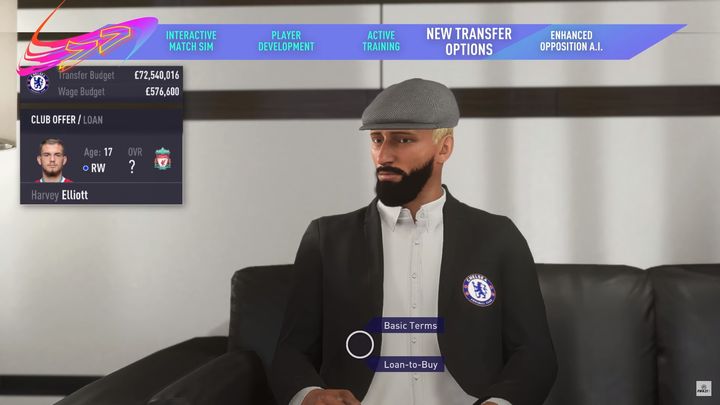 Finally, the loan option will become a little more popular in career mode.

We hear similar promises every summer, but since EA mentioned it, we will do it too. Artificial intelligence is supposed to be much more demanding and logical. The defensive formation is to become an impassable wall, the middle of the field should make more thoughtful receptions, and the attackers will become much more dangerous due to the new dribbling system. It seems, however, that our eyes will not see this change. 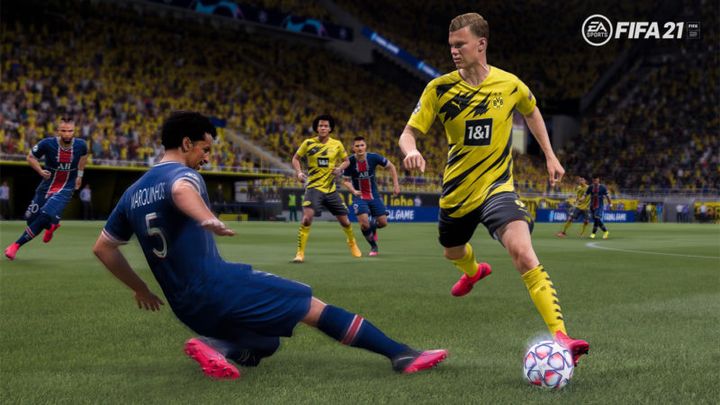 Computer opponents are one of the biggest problems of FIFA.

FIFA 21 will debut on October 9 2020 on PC, PlayStation 4, Nintendo Switch and Xbox One. It will also appear later on next-gen consoles, the PlayStation 5 and Xbox Series X. People who purchase the Champions Edition or Ultimate Edition will be given access to the game 3 days before its release.