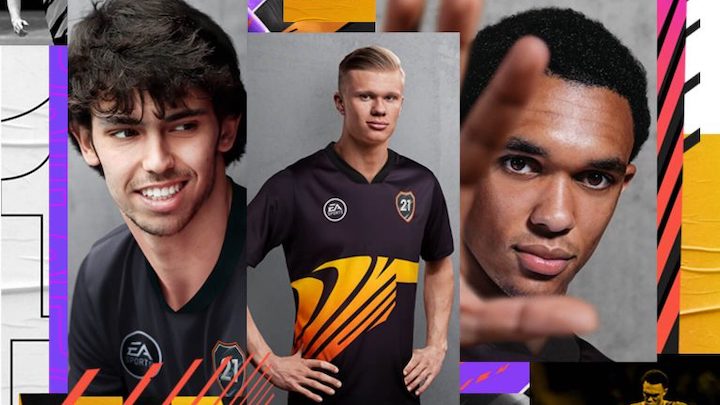 The development of FUT should appeal to the fans of the series.

Yesterday, EA Sports presented news related to the Ultimate Team mode in FIFA 21. As we are less than two months away from the launch of a new game from the legendary football game series, EA probably put all the cards on the table this time and flooded us with information about new game modes, cards and changes in FUT 21. We invite you to review the most important of them.

Who among us did not have a football idol in childhood?

New icons are always a hot and controversial topic, as players love to see their old idols return to the game, but the prices of their cards are usually cosmically high, which is supposed to encourage some players to open packs for real money. This year the players listed in the picture above will go to FIFA. It seems that the most interesting (and probably the most expensive) of them will be Eric Cantona, returning to the game after a few years (earlier he was available in a quick match mode in the so-called "Classic XI") and Ferenc Puskas - a legendary Hungarian striker, whose name was used for the prize awarded for the most beautiful goal of the year.

Rumors of removing conditioning cards from the game have been confirmed, which should be warmly welcomed by the community. Nothing is known about the contract cards, which suggests that they will stay with us for longer.

Seasonal challenges will also be get a facelift and a very useful function of "pinning" of the one we selected will be added so that we don't have to go back to the main FUT menu every time. We will surely be able to use this facility when navigating the different tabs in the menu, but we don't know if it will be available during the match, which would be very useful. 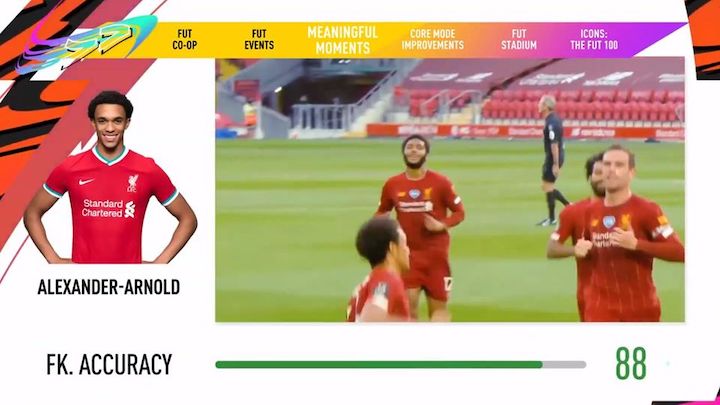 Realistic recreation of attributes is a nice addition to FUT.

Special cards are supposed to refer to real events on the pitch - so called "meaningful moments". This means that probably TOTW cards, or some new equivalent, will be based more than ever on the thing that a given player has stood out with in a match. It is a situation when e.g. a defender scores a goal from a free kick - then his free kick stat will get the biggest "upgrade". Currently, this system is basically about adding one or more points to the overall score and all other stats of a player in the game and it does not reflect his attitude in the match. Such a novelty has been long awaited by the players because it enables them to feel more immersion and makes the game more interesting.

EA will also try to revive the now-dead online friendly matches mode, which will now receive special challenges and rewards for completing them. It is possible that this will be done on a similar basis to popular tournaments in previous installments. This seems to be a good solution, as until now the only modes where we played for something rather than honour were the Division Rivals and FUT Champions, which made them feel monotonous and shoehorned. 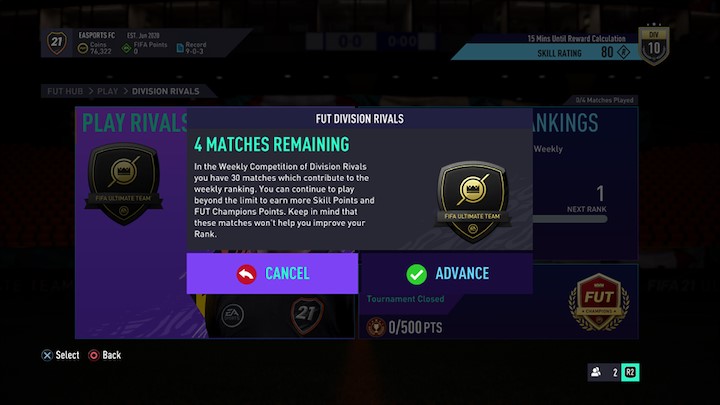 The match limit should increase the level of competition.

Our earlier predictions of increasing the so-called "Top 100" to "Top 200" in FUT Champions and limiting the number of matches in Rivals to 30 have also been confirmed. A nice addition will be the return of the bonus for promotion to a higher division (previously bonuses were awarded for promotion to a higher league in online seasons). It is not known, but it seems to depend on which division we are promoted to. 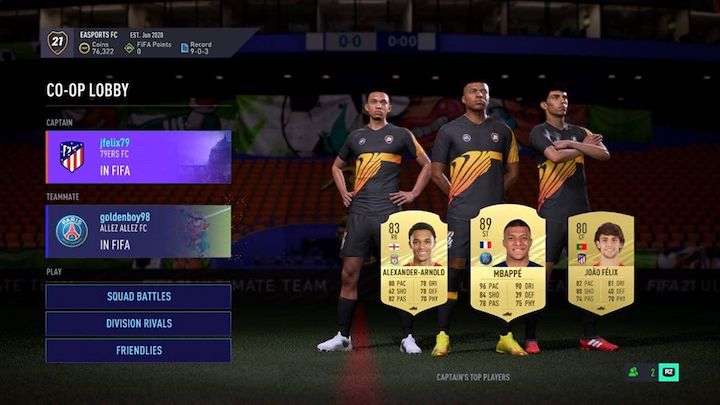 And what are the loners supposed to say?

A novelty will be the cooperation mode, which will enable us to play together with a friend in the Squad Battles or Division Rivals using host line-up. We will invite others using the R2/RT button, and points for such matches will be scored by both players. The game will be played in the division of the player who has more points. So it is very likely that there will be challenges based on cooperation.

Social events are supposed to be about unlocking content (tifos, outfits, etc.) with the help of other players. This means that in order to receive a reward, a certain number of people in the world must perform the same challenge. The mechanic is to be similar to the one known from PUBG Mobile or Pokemon GO.

Team Events is another new game mode consisting of clashes of two predefined teams, which will change from time to time. We will be rewarded for victories with predefined bonuses. So the formula will be a bit like the inn fights from Hearthstone. 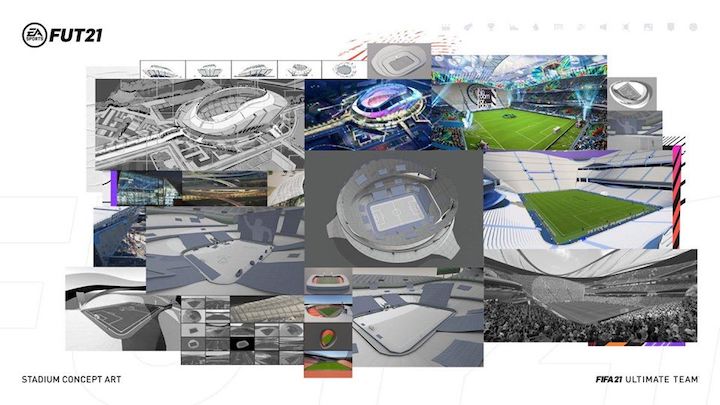 Cosmetic changes, or maybe even colossal?

The last novelty is to be the so-called "FUT Stadium", a special stadium created by EA, which we will be able to modify with the help of cosmetic elements unlocked during the game or even chants of our choice. The prizes and cups won by us will be presented during the match, and the capacity of the stands will grow with our progress in the game.

FIFA 21 will launch on PC, Xbox One, PS4 and Nintendo Switch on October 9, this year. The release date on PS5 and Xboxie Series X is not yet known, but it is speculated that this will happen around the launch of new consoles.

DiRT 5 Delayed on PC, PS4 and Xbox One

What Instead of E3? Schedule of Upcoming Conferences [Update #22]