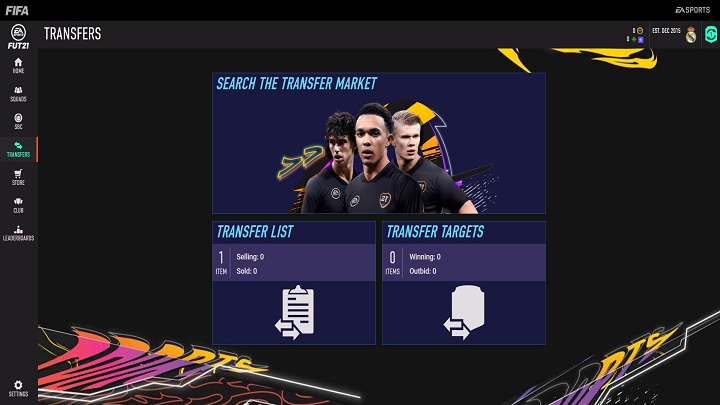 Ready for the new season?

The time has come when we can throw away everything we built in last year's FIFA and start again. Yesterday, the Web App service for FIFA 21 has launched and those who played a few matches in the previous installment can already start the adventure with Ultimate Team.

The Web App enables us to open packs, trade cards or complete line-up building challenges. As per tradition, players are given access to this service a few days before the release of the new game to prepare for the start of the new season on the virtual turf. During this time they can personalize their club, choose the stadium, costumes, etc. After the game is sold, access to the service will depend on the purchase of the new FIFA.

Those who have played FIFA 20 received the welcome packs in FIFA 21. This year the Web App is characterized by a new, dark theme and support for additional filters when searching for cards (last year this possibility was made available only after many months).

FIFA 21 will debut on PC, Xbox One, PS4 and Nintendo Switch on October 9. The release date on PS5 and Xbox S/X Series remains unknown, but it is speculated that this will happen near the release of new consoles.