Final Fantasy VII celebrates its 25th birthday today. To celebrate, fans received a number of interesting teasers from the game's producers -Yoshinori Kitase and Tetsuya Nomura. The developers announced, among other things, more information on the second part of the remake and new projects set in the world of the seventh Final Fantasy.

Although we did not receive many details regarding the second (probably out of many) part of the refreshed FFVII, Yoshinori Kitase assured fans that we will definitely hear more about the project this year. He also mentioned that most of his attention is currently focused on Final Fantasy VII: Ever Crisis, which is in development.

"We just started the 25th anniversary of Final Fantasy VII, so we want to celebrate and get fans excited, so within the next 12 months we want to share some information [about FFVII Remake Part 2 - ed. note]. Look forward to more information!," said Kitase in an interview with VGC.

Additional messages appearedon Twitter, where on the official account of Final Fantasy VII we could see a new logo of the game, changed especially for the occasion of its 25th anniversary. 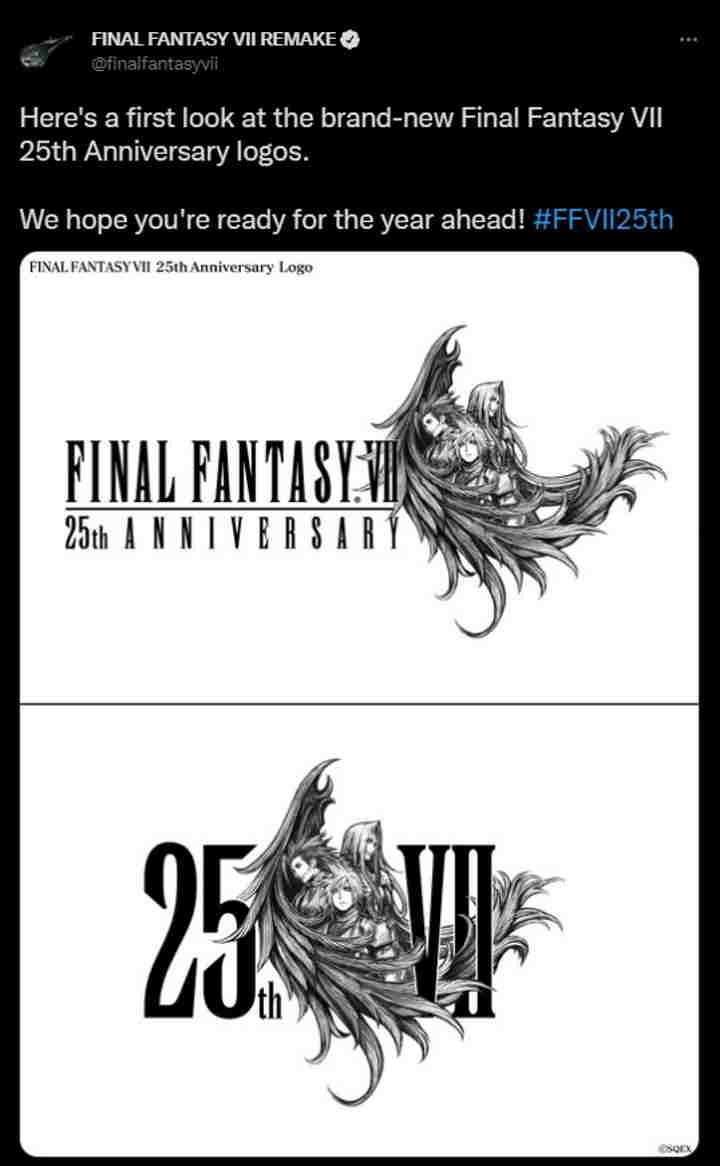 Apart from that, fans were able to read short messages from the aforementioned producers. Both developers expressed their gratitude to the game's community and announced the arrival of many new projects drawing on the world of Final Fantasy VII.

"With all the exciting new projects, I get a real sense of how more and more people are supporting FFVIl. Not just fans from the original game, but also those who never experienced it are being drawn to the unique world of Final Fantasy VIl," Tetsuya Nomura wrote in a message to fans.

So as you can see, despite all the controversy and negative feedback Final Fantasy VII Remake: Intergrade received that year in connection with its release on PC, the producers are happy with the long-term development of the brand.