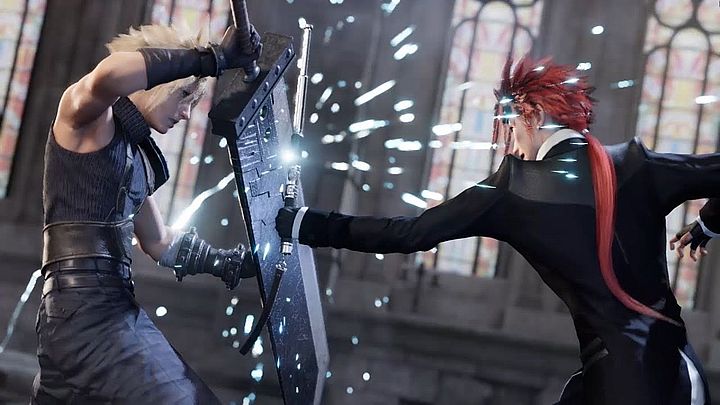 PlayStation 4 owners will be able to enjoy the first part of the Final Fantasy VII Remake in a few months. We would like to remind that the reissue of the iconic 1997 JRPG will be divided into several episodes. The creators from Square Enix shared their thoughts and insights on the production on a large blog. Among the numerous entries by the developers there was a sentence that all fans of the series were probably waiting for.

It was written by Tetsuya Nomura, the chief director of the game. Apart from the hint about new bosses in the game (there is to be a lot of them, and they are supposed to play a significant role in the story), he confirmed that work on the second chapter of the refreshed version of Final Fantasy VII is already in progress:

Weve already begun working on the next one as well, but Im confident that playing through this title will expand your expectations just like the world that extends beyond Midgar.

The creator also emphasized that players should not worry about the size of the subsequent parts of the game. Apart from the mention of Final Fantasy VII Remake part II (?), in the entry on the Square Enix website there were some interesting facts about the production. Kazushige Nojima, responsible for the game's script, admitted that in the refreshed version there will be much less space for player interpretation. What was left to the imagination of the user will now be displayed on the screen.

Naoki Hamaguchi, who deals with the design and programming of the game, mentions that the creators were guided by the idea of respect for the original. Those who did not play it should fully experience the charm of Final Fantasy VII. Those who know the original are supposed to feel at home, just... after a renovation. The same will apply to the combat system. Teruki Endo, responsible for this mechanics, writes about it:

"In order to create battles that are surprising and never boring, we worked hard to create a variety of strategic elements for each boss and enemy. Also, in constructing battle systems for each character, we wanted to respect the image of the original version while additionally introducing many new abilities. I hope youre able to find your own style of battle by combining those abilities with Materia."

If you would like to read all the entries of the creators, please visit this address. We would like to remind that Final Fantasy VII Remake will be released on PlayStation 4 on March 3, 2020. Until then we will probably hear about it more than once.

PS5 and Xbox Scarlett May Use Samsung's NVMe SSDs