As we have known for a long time, Final Fantasy VII Remake, the new version of the famous jRPG developed by Square Enix, will receive an upgraded edition on PlayStation 5, called Intergrade. If you are interested, we invite you to take a look at its fresh trailer. We're posting it below.

As you can see, the latest trailer of Final Fantasy VII Remake Intergrade focuses primarily on a detailed presentation of the visual improvements that will appear in the upcoming version of the title designed for Sony's latest console. We're talking about, among other things, fog effects and lighting. What's important, if someone puts performance above visual fireworks, it will be possible to limit them by selecting so-called Performance Mode in the options menu, which should provide a smooth 60 fps.

In addition, Final Fantasy VII Remake Intergrade is to offer faster loading times and the use of DualSense controller features. There will also be a photo mode, which is promised to be "fully customizable". 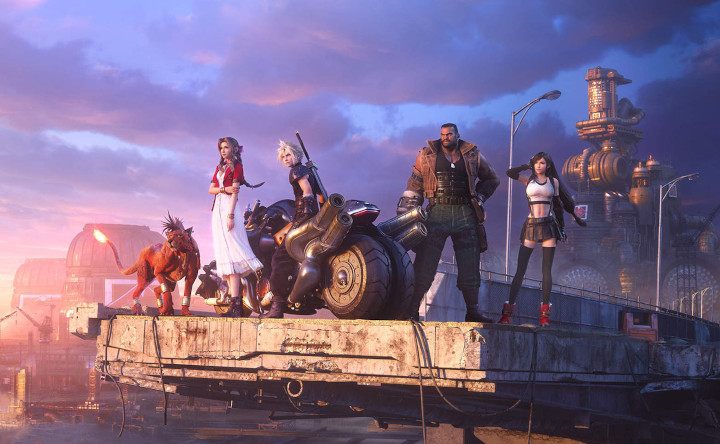 PS5 owners will soon be able to enjoy an upgraded version of FF7 Remake.

Final Fantasy VII Remake Intergrade will debut on June 10, this year. Those who own the PlayStation 4 version of the title will get the option of a free upgrade to Intergrade. At the same time, the Episode Yuffie DLC will debut, focusing on the character of a young ninja and thief. This expansion will be exclusive to PlayStation 5 and will be the only DLC planned for Final Fantasy VII Remake.

Godzilla vs. Kong is Spectacular, Internet Users Compliment the Visuals

Sony is About to Close Digital Store With PS3, PS Vita and PSP Games

HBO's The Last of Us Will Use Dialogue Lines From the Game, but Change the Story

Ready or Not, Spiritual Successor to SWAT 4 Finds a Publisher