Despite the mixed response from the players, DICE continues to develop its latest work, Battlefield V. Firestorm, the long-awaited battle royale mode for the latest installment of the popular FPS series, has launched today. It has been made available free of charge to all owners of the game as part of a new update. 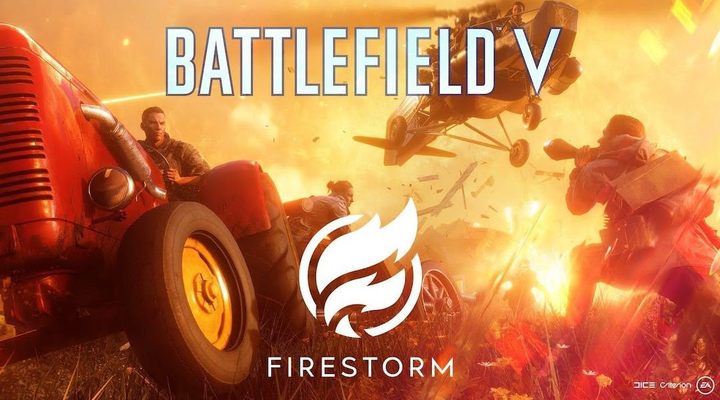 Ready for the Firestorm?

The Firestorm mode is designed for 64 people. You can play it both alone as well as in a four-person team. Duo competition is expected to appear in April. The game takes place on the Norwegian map of Halvoy, the largest in the history of the series (10 times bigger than the Hamada desert), whose area is gradually reduced by a wall of fire destroying everything on its way. Our task is simple - to remain the last living person on the battlefield. A rich arsenal of weapons, gadgets and armor (the more valuable equipment, the harder it is to get) and 17 vehicles, including a helicopter (Flettner Fl 282), amphibious vehicles (Schwimmwagen) and a... tractor. But be careful, because the most powerful means of transport are hidden in special bunkers protected by an alarm that can be heard by nearby enemies. However, the advantage they can give during the fight should be worth the effort.

You can watch Firestorm in action on the following video footage, which which appeared a few days ago.

Battlefield V made its debut on November 20, 2018 on PC, PlayStation 4 and Xbox One. We have recently learned detailed plans for the title's development in the coming months. New maps, modes and missions will appear in the game by autumn. You can find out more about it in our previous news.