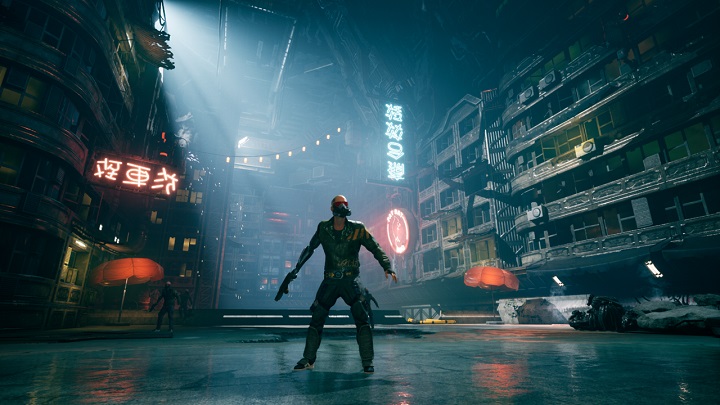 We've got one more Polish cyberpunk game on our hands.

On gamescom 2019 a cyberpunk action game Ghostrunner was announced, developed by the Polish studio One More Level. Only a few days have passed and the first short gameplay has already been published on the web.

In the presented video we can see the beginnings of the adventure of the main character, who tries to free the mysterious voice, which communicates with him by means of cybernetic implants. The 5-minute video shows the character's basic skills, such as wall running, bullet time and combat skills, which is all we've heard about before. However, it's clear that the game borrows in spades from titles such as Dishonored and Mirror's Edge, but its dirty, cyberpunk atmosphere can attract many players. You can see exactly how Ghostrunner's looks like in the video below.

In Ghostrunner we find ourselves in a gloomy world destroyed by a global disaster, and those who survived it have taken refuge in a giant tower city. The community, under the leadership of The Keymaster, has been divided into castes, whose membership is determined by implants. Citizens who are fed up with violence and poverty have started a rebellion, and the main character, who can fight in both the physical and digital world, ends up in the middle of a conflict. He must fight with The Keymaster and lead the rebels to victory.

Ghostrunner's launch is scheduled for 2020. The game will be released on PC, PlayStation 4 and Xbox One.