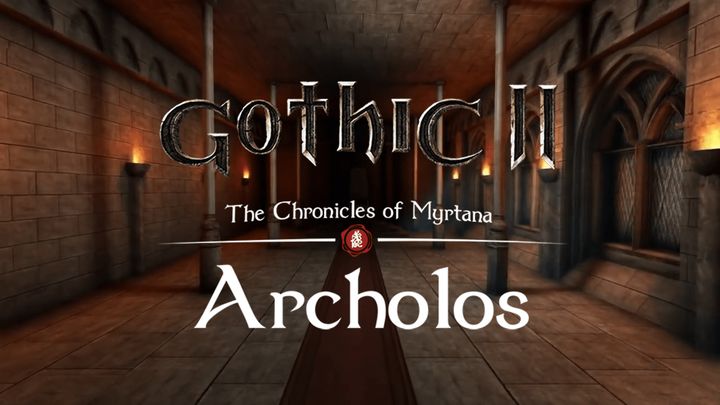 In the new film the devs answer the most important questions of the community / Source: The Chronicles of Myrtana.

For a long time it was quiet about The Chronicles of Myrtana on the internet, but the recently published video shows that the work is going according to plan, and a lot of the mod is already ready. From the film we can learn the answers to the most troubling questions and find out at what stage of creation the team is.

The Chronicles of Myrtana mod is to depict the fate of the kingdom under the rule of Rhobar II. Thanks to the first part, titled Archolos, we will get to know the events taking place ten years before those known from the first installment of Gothic. We will move to the title island and once again immerse ourselves in the amazing world of Gothic.

At the moment it is not known when the mod will finally see the light of day. The devs assure us that this will be in 2020, but unfortunately, they are not able to specify the information more precisely. At the end of the video, we can hear the words:

We work hard to make that happen as soon as possible.

The creators also calm the fans who are worried about the fate of the mod. According to the information contained in the video, the lack of any news means that the work on the modification is really intense.

The history of The Chronicles of Myrtana is quite turbulent and complex. Originally the project was called The history of Khorinis, but in 2018 the group split into two camps. None of them wanted to give up their plans, so one of them continued to work under the original name, while the other changed the title of mod.