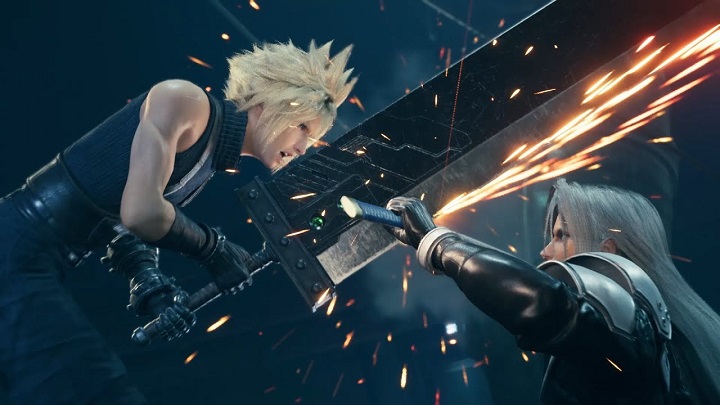 First reviews of Final Fantasy VII Remake have been published.

Final Fantasy VII Remake will debut on April 10, on PlayStation 4 only. However, the first reviews of the game have already appeared online. It is clear from these that Square Enix is once again enabled us to return to the past. The game has delighted the reviewers, who found it to be a very good remake, preserving the spirit of the original, but bringing the production up to modern standards. Nevertheless, it was not without minor setbacks. You can find some selected reviews below.

"Regardless of your history with the original game, Final Fantasy VII Remake is an astounding achievement. The wait for its release was a long one, but in gameplay, story, characters, and music, it delivers--the wait was worth it. For first-time players, it's an opportunity to understand why Final Fantasy VII is held in such high regard. It's the chance to experience a multifaceted story that grapples with complex subject matter, be in the company of memorable characters, and be moved by their plight. For returning fans, this isn't the Final Fantasy VII your mind remembers, it's the one your heart always knew it to be."

"Final Fantasy VII Remake, thanks to a great retouch of the iconic game, may be an early candidate for the game of the year. Although this is only the first part of the bigger story, it cannot be denied that the changed combat system, RPG elements and iconic characters will feel at home in 2020. Graphics and music are art in themselves, and with new story elements there is a lot of things to do here, even when you're not dealing with the main storyline."

"Final Fantasy VII Remake isnt the retelling of a cult classic that youre expecting it to be. Its a lengthy and deliberately slow-paced walk down the Midgar memory lane that leisurely basks within the warm glow of nostalgia, but at the same time its an exhilarating and cinematic explosion of action that not only celebrates the impact of the game which rewrote the rulebook for an entire industry in 1997, but also everything else that followed in its genre-defining wake."

"Final Fantasy VII Remake sets out to fully re-imagine a classic RPG with improved combat and an expanded story. Unfortunately, it's hurt by weak side quests and a surplus of padding, and its biggest change is bound to be controversial. It's one of the most coherent and enjoyable Final Fantasy releases in years, but it's also likely to be one of the most divisive."