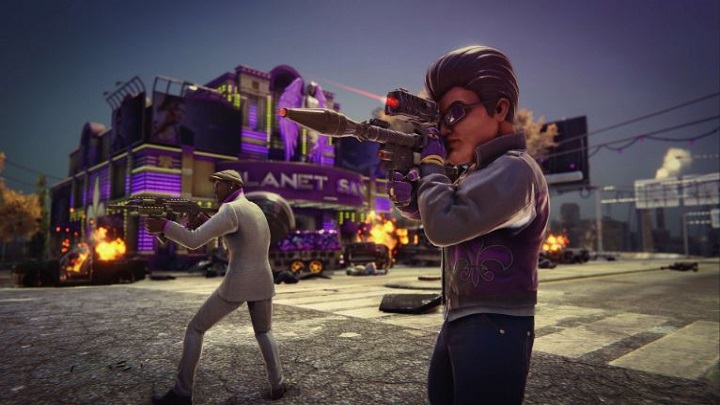 The Remaster of the third part of Saints Row is already on its way.

Just two days ago, we informed that an entry which recently appeared on the website of ESRB age rating agence, suggested the existence of a remaster of the third part of Saints Row. As we just found out, these rumors turned out to be true, as publisher Deep Silver has just announcedSaints Row: The Third Remastered. The title will hit PC, PlayStation 4 and Xbox One on May 22, 2020.

The game can be purchased in advance at this address. So far, the PC version can only be found on Epic Games Store. The Remaster will significantly improve the already outdated visuals and include all DLCs.

The original version debuted on November 15, 2011 on PC, PlayStation 3 and Xbox 360. In the game, we take on the role of a gangster living in the city of Steelport and trying to keep the gang of Saints at the top of the city's food chain. The production was accompanied by an absurd sense of humour typical of the series. Last year, the game was also released on Nintendo Switch consoles in The Full Package version (with all DLCs).