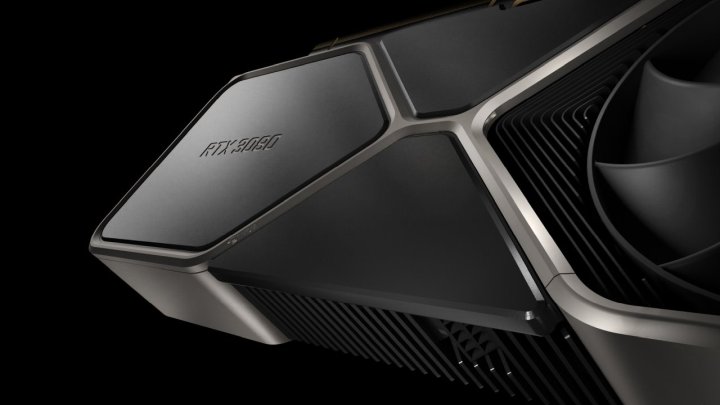 The benchmarks of GeForce RTX 3080 Founders Edition were originally scheduled to appear on Monday, September 14, but some foreign reviewers wouldn't have made it in time to publish their articles. Nvidia decided to delay the embargo until September 16, one day before the official release. Finally, after weeks of waiting, GeForce RTX 3080 GPU equipped with 10 GB of GDDR6X RAM (on a 320-bit data bus) has no more secrets from us. No one seemed to doubt that it would become the new king of performance, but surely many users wondered more about how big a leap forward it would bring compared to the current top GeForce RTX 2080 Ti card. Reviews dispel all doubts.

"Averaged over our whole benchmarking suite at 4K resolution, the GeForce RTX 3080 Founders Edition is 66% faster than the RTX 2080 it replaces (both launched at $699). NVIDIA's new card even beats last generation's flagship, the RTX 2080 Ti, by a whopping 31%! AMD's Radeon RX 5700 XT is half as fast as the RTX 3080. Yup, the RTX 3080 ups the 5700 XT by +100% in performanceAMD better get things right with RDNA2. If you've held out on a GTX 1080 Ti until now, congrats, now is the right time to upgrade. The RTX 3080 will double your FPS, and gives you all the latest technologies and features, like raytracing and DLSS", which is what the benchmark author concluded.

"Now, that big jump won't be experienced across the board, or more specifically, we saw less consistent improvements at 1440p where the RTX 3080 could beat the 2080 by as much as 70%, but also by as little as 25%. (). If we look at the price/performance ratio, the RTX 3080 brings a huge improvement over the RTX 2080. It's even better than in the case of RTX 2060 and Radeon RX 5700. The GeForce RTX 3080 is an excellent value product and one example where high-end device is also becoming a very cost-effective choice. However, this picture is affected by the exaggeratedly expensive GeForce RTX 2000 series", reads TechSpot's review summary. 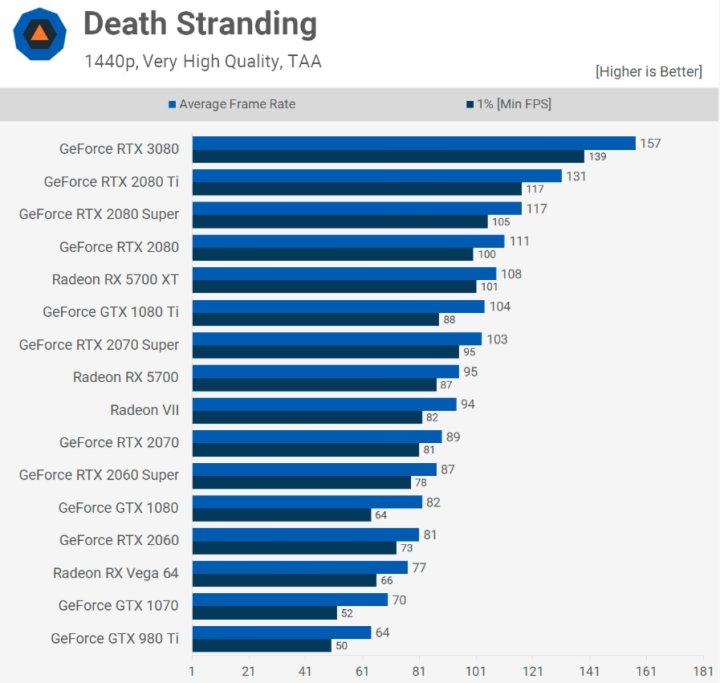 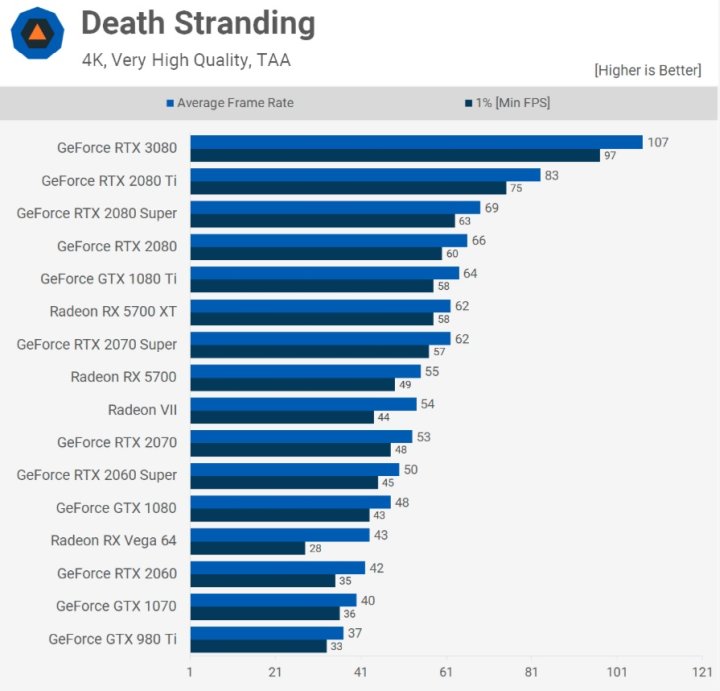 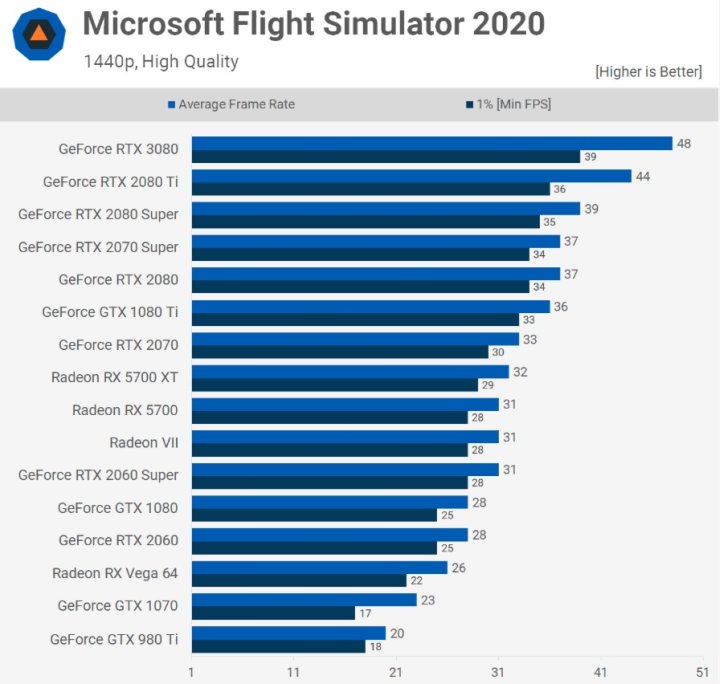 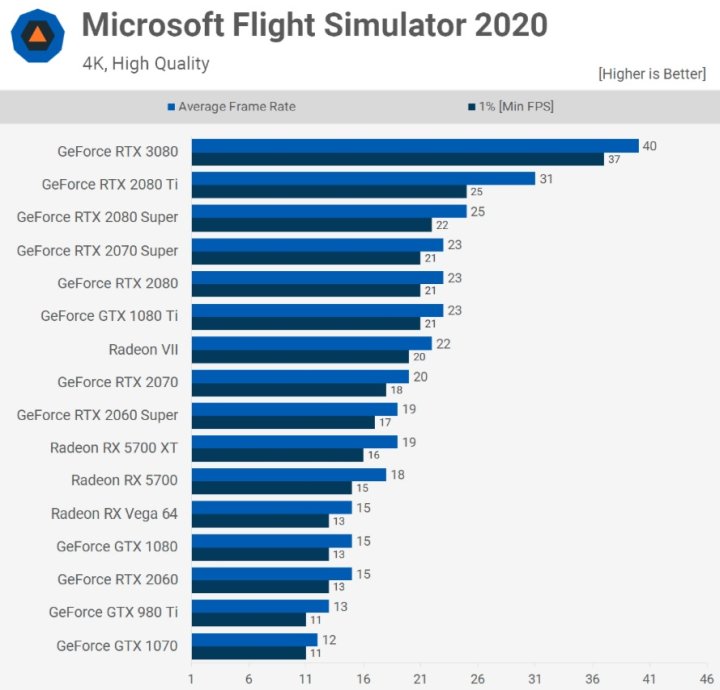 "The bottom line is that the RTX 3080 is the new high-end gaming champion, delivering truly next-gen performance without a massive increase in price. If you've been sitting on a GTX 1080 Ti or lower, waiting for a good time to upgrade, that time has arrived. The only remaining question is just how competitive AMD's RX 6000, aka Big Navi, will be. Even with 80 CUs, on paper, it looks like Nvidia's RTX 3080 may trump the top Navi 2x cards, thanks to GDDR6X and the doubling down on FP32 capability. AMD might offer 16GB of memory, but it's probably going to be paired with a 256-bit bus and clocked quite a bit lower than 19 Gbps, which may limit performance", read in Tom's Hardware's review. 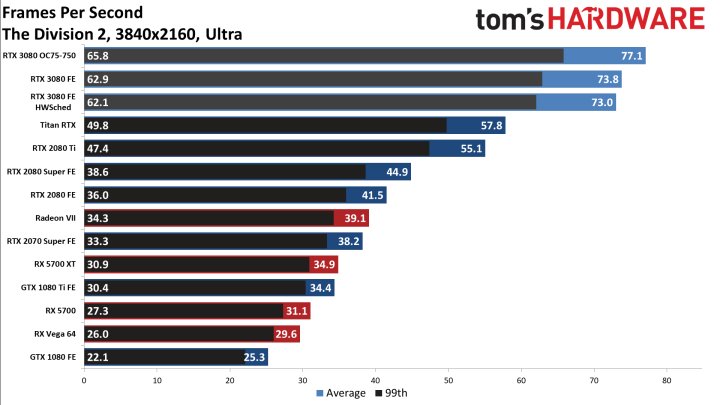 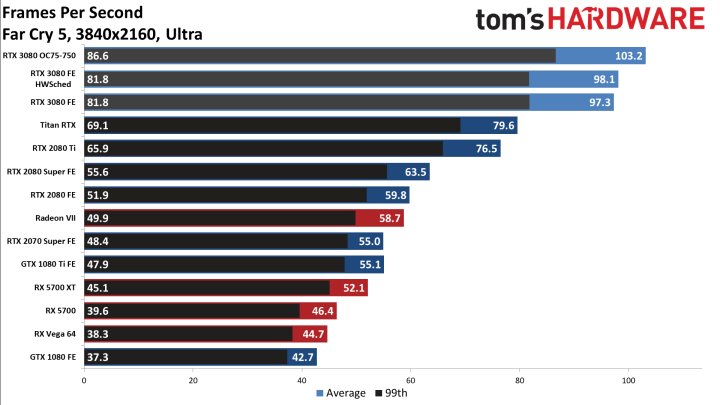 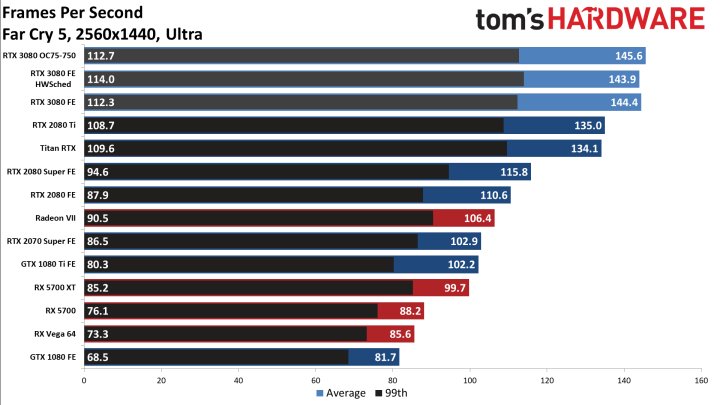 Nvidia GeForce RTX 3080 won't be able to boast of its title king of performance in the consumer GPU segment for long, because it will be dethroned in just a week when an even stronger model, GeForce RTX 3090, will be released. It will probably rule indivisibly until the next generation of Nvidia's chipset (Hopper), due to appear in 2022 at the earliest. We don't expect the top model of AMD Radeon RX 6000 series, based on RDNA 2 architecture, to match the performance of the flagship model of Nvidia. We're betting that Radeon RX 6900 XT will be able to compete at most with GeForce RTX 3070, or maybe (MAYBE) with GeForce RTX 3080. Tests of an unspecified model, whose performance is comparable to GeForce RTX 2080 Ti, have recently surface on the web - there's nothing left to do but wait until the official presentation, scheduled for October 28, this year and then for benchmarks. We wish both ourselves and AMD the best of luck, because there is never too much competition, which would translate into more benefits for potential customers. 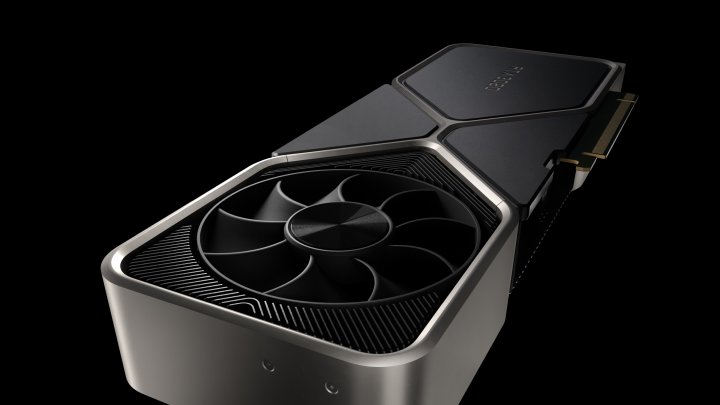 GeForce RTX 3080 will not sit on the throne for long, because its successor is already around the corner.

Some reviewers have complained about only 10 GB of VRAM (for a device of this class, intended to be used at high resolutions, that's hardly enough), but there were rumors about a model with doubled amount of GDDR6X memory. Apparently, Nvidia doesn't want to put all the cards on the table, but is waiting for an answer from AMD so as to prepare a counter-attack around the launch of Radeon RX 6000 series.

The accusations also include poor overclocking capabilities, but this shouldn't come as a surprise given how much the card is revved up as it is and how much energy it consumes (it happens to exceed 320 W!). This is made even more difficult by the power limit that was imposed to keep temperatures relatively low. As a result, GeForce RTX 3080 cooling system is said to perform superbly. In terms of noise, there is not much to wich for. On the contrary, it is said to be the quietest of all Founders Edition cards so far. By the way, it offers a semi-passive mode, so that the two axial fans don't start spinning until the card exceeds 50 degrees. These drawbacks cam hardly be considered serious in the face of what GeForce RTX 3080 finally offers, which is uncompromising performance. 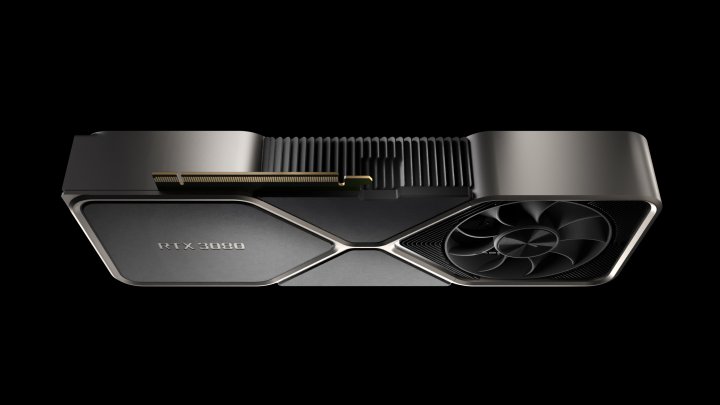 The launch of GeForce RTX 3080 can be considered very successful, with a fierce battle for units on the horizon, as the supply is expected to be limited.

Nvidia GeForce RTX 3080 Founders Edition, priced at $699, is a card designed to play in 1440p and 4K resolutions, both of which are perfect for high-smoothness, even with ray tracing enabled, with a few exceptions. If you are more interested in original models of Nvidia's third-party partners, you have to wait until September 17, the day GeForce RTX 3080 is launched and available for pre-order. Unfortunately, their availability may be very limited in the coming weeks, as well as the later debuting GeForce RTX 3090 (September 24) and GeForce RTX 3070 (October 15).

Overpriced GeForce RTX 3080 are Being Sold on eBay