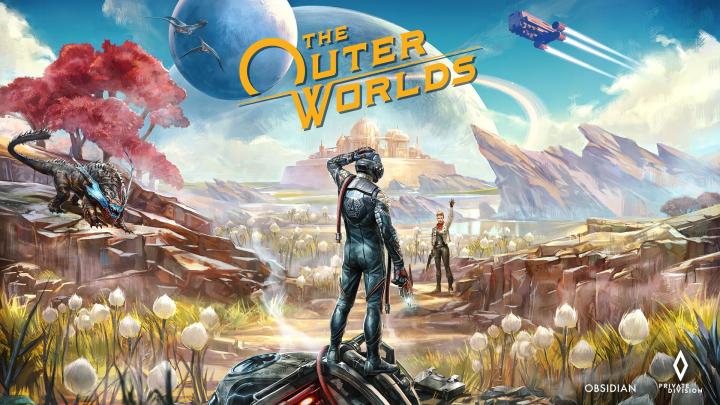 The Outer Worlds received very good feedback, although not everyone agrees on the evaluation of some aspects of the game

Fortunately, there were no delays and The Outer Worlds, the latest game from Obsidian Entertainment, will be available for sale in just a few days. However, before this happens, one can read reviews that were published on the web, after the embargo was lifted today, at 6 AM PST. The title was very well received and the average rating on OpenCritic and Metacritic (PlayStation 4 version) is 86% at the time of writing. Our editors, specifically Draug, have also prepared a review, which you can read here. Our collegue has mixed feelings about the game and gave it 7/10. While it has some elements like Fallout, it is not quite it:

The world of Fallout was uniquely heavy, gloomy, and no amount of black humor in the game could change that  quite the contrary, actually  it mostly amplified the bleak reality of the post-apocalyptic USA. The general outline of the plot of The Outer Worlds  the struggle for survival of a colony faced with starvation  echoes some familiar themes. The problem is that the game is definitely overloaded with jokes, as for such a serious story.[]

Playing The Outer Worlds feels like reading The Hitchhiker's Guide to the Galaxy, but with excerpts from Dune, The Foundation, or Solaris popping up every few pages. Or, using a more gaming analogy, it feels like playing Borderlands, and then unexpectedly jumping into the most serious themes of Mass Effect, or perhaps even the horror of Dead Space every now and then. The dissonance is hella strong.

However, most websites rated The Outer Worlds higher. Players who were disappointed with Bethesda Softworks'Fallout 4 are more likely to be satisfied, as Obsidian's title in many ways seems to be just what they were expecting. As the review shows, we received better dialogues, more charismatic characters, more interesting quests that can be solved in different ways, mechanics reminescent of Fallout's SPECIAL and VATS systems and a similar approach to gameplay, although with a quasi-open world rather than a typical sandbox. Unfortunately, there's also the other side of the coin. Some aspects of the game, appear to have been frozen in time since almost a decade. Among other things, we are talking about combat that, although still quite good, will seem too coarse and too stiff to many players. And it plays a very big role, too big even, according to some opinions. Technological backwardness, on the other hand, could be expected from pre-release materials, so it is difficult to be surprised here.

However, many journalists are in agreement and consider the new game from Obsidian Entertainment to be a worthy heir to Fallout: New Vegas. This is confirmed by the scores, here are some selected marks from around the Internet.

Selected reviews of The Outer Worlds

The official launch of The Outer Worlds will take place on October 25, this year on PC, PlayStation 4 and Xbox One. The PC edition will initially be available only in Microsoft stores (including Xbox Game Pass) and Epic Games. A version for Nintendo Switch is also planned, but it will be available only in 2020.