Developers from Microsoft have posted a note on the official website of Microsoft Flight Simulator (which is currently in alpha testing phase) informing about plans for the next month. Thanks to this we learned that the eighth episode of the Feature Discovery series, in which various elements of the gameplay of this simulator are presented, will be released on March 12. It will discuss multiplayer mode. Episode seven, on the other hand, will not appear until the end of the month (the artists simply decided to swap its release date with episode eight). Interestingly, the news also includes screenshots made by players who have access to the alpha version, and on one of them presents a famous Polish landmark, the Palace of Culture and Science in Warsaw. For higher resolution images (this and others), take a look at this address. 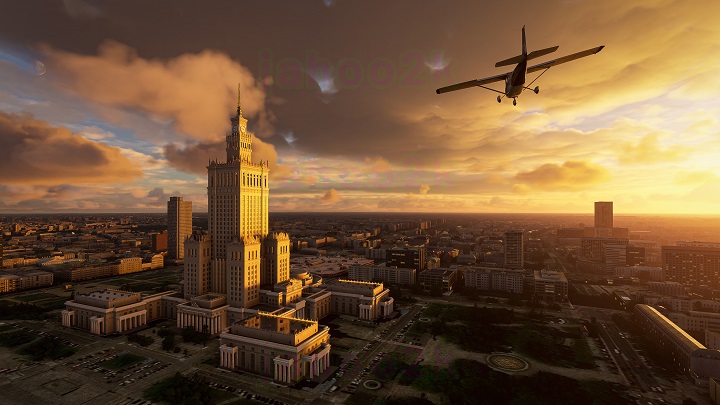 Palace of Culture and Science in Warsaw in Microsoft Flight Simulator.

Recall that recently, as part of the Feature Discovery series, we learned that Microsoft Flight Simulator will features all the airports in the world. The most popular ones will be the result of manual work from scratch, based on satellite images. The game is aimed at PC and Xbox One consoles. The title is expected to be released this year, but we don't know the exact release date yet.