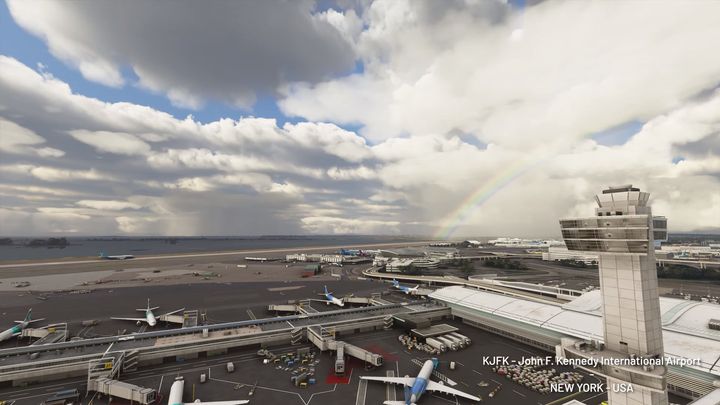 We know what Microsoft Flight Simulator airports will look like.

Microsoft presented another video from the Feature Discovery series (you can watch it below - it's really worth it), dedicated to Microsoft Flight Simulator. This time the subject is airports. It seems that in the game we will see all the objects of this kind that can be found around the world.

But that's not all, because as many as thirty-seven thousand airports will be manually edited - thanks to that they will look much better and reflect the characteristics of real places more faithfully. In addition, the eighty most popular airports will be handcrafted by the developers, based on satellite images. All this to ensure the highest possible level of realism.

It is worth noting that the presentation of airports will not be limited only to geography - we will find there, among others, moving vehicles (at night, they will be driving with lights) and staff performing their duties. A curious player will be able to see all kinds of activities related to the flights themselves as well as the preparation of the planes (e.g. refuelling or transporting luggage on board).

We would like to remind that Microsoft Flight Simulator is oming for PC and Xbox One. The game should be released this year, but there is no specific release date yet.