As per tradition, the end of the summer is marked for fans of virtual football by the launch of new installments of two great series - Pro Evolution Soccer (currently eFootball PES) and FIFA. This year, however, the competition looks a little different. Konami has limited itself to releasing a cheaper season refreshment of the previous installment of its football series, while EA Sports has prepared a continuation sold at full price. But is it worth taking an interest in it and are the changes proposed by the Canadians not too limited? The answer to this question can be provided by new gameplays presenting FIFA 21 in actions that have appeared online in recent hours. Some of them present single matches or actions. Here are some examples:

Other youtubers who have accessed FIFA 21 before its release have decided to show the career mode. Here are videos of some of them

It is worth noting that the version of FIFA 21 made available to selected people and editors is not final. This means that some of the elements visible on the videos may still be improved or changed. 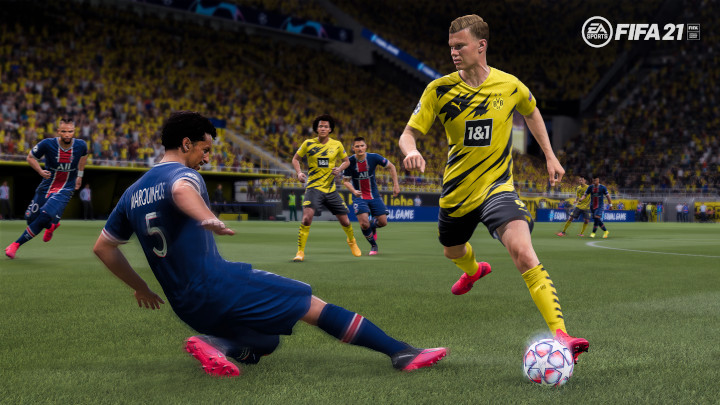 The launch of FIFA 21 is approaching.

As a reminder, FIFA 21 will officially debut on PC, PlayStation 4, Xbox One and Nintendo Switch on October 9, but customers who decide to order the Champions or Ultimate Early Edition will be able to play the game three days earlier, on October 6. The title is also heading for PlayStation 5 and Xboxie Series X. Unfortunately so far it is not known exactly when it will appear on these platforms. It is worth noting at this point that if someone buys FIFA 21 for the current-gen consoles before the release of FIFA 22, they will be able to receive free digital copies of the next-gen edition. You will find more details here.

Black Widow May Suffer Another Delay