At the last years E3 Ubisoft revealed their new franchise, For Honor, to be a multiplayer-focused online combat action game with Knights, Samurais, and Vikings fighting spectacular battles in third-person perspective. It turns out that online battles are not all Ubisoft has in store, as the game will also feature a single player campaign. This was confirmed by producer Stephen Cardin in an interview with community developer (see the video above). Now that online gameplay is far into development, the company could sit down to this additional aspect of the game and will share news on that with fans as soon as possible. 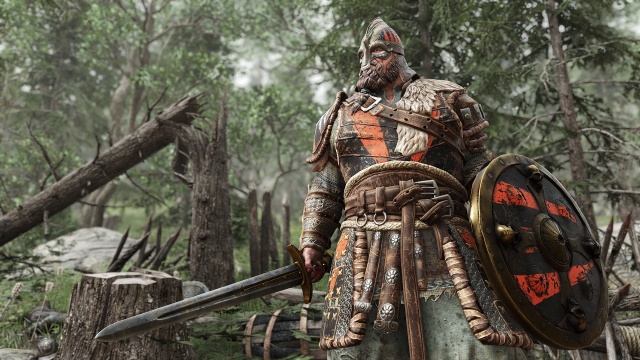 Whats this guys story? Were about to find out!

As for now we have no information on how the solo campaign in For Honor might look like, but we can expect that it will allow us to play as the three worrior classes and fight battles against their enemies. Of course the main focus of the title is still multiplayer, but it will be nice to rest a while from smacking (or getting smacked by) other players and feel like a mighty Viking.

For Honor has no solid release date yet, we only know its coming in 2016. The game will be available on PC, PlayStation 4, and Xbox One.