Forspoken is supposed to be the next big RPG from Square Enix and the creators of Final Fantasy XIV. For now, however, the new work by Luminous Productions has gained notoriety in a way probably unintended by the developer. A new video from Forspoken has become fodder for meme-mongering Internet users, who had a field day with the thing.

To be sure, players' dislike is not due to the (lack of) virtues of the game as such, i.e. problems with gameplay or audiovisuals. Well, maybe without the "audio" part, because it is due to certain "sounds" that Forspoken has conquered Twitter.

Frey "does magic and kills jacked up beasts".

Frey, the game's main character, graced the players with dialogue straight out of a teenage social media discussion, which did not please Internet users. Their reactions are summed up by the most popular comment under Square Enix's material:

"This game looks beautiful and the gameplay looks crazy but boy do I bet that the story/dialogue will get on my nerves," wrote user @PlantRulz on Twitter.

Some gamers are even less kind to the game, but still complain most about this one element of advertising. Some are puzzled as to how such dialogue found its way into a game whose script involved Amy Hennig (until 2019; she's currently working on a Star Wars game) and Gary Whitt (The Walking Dead: A Telltale Games Series, Rogue One: A Star Wars Story).

It is worth recalling, however, that both have not been associated with the project for years, and their role has been limited to developing the basic storyline (via Kotaku).

Bloodborne, God of War and other games like Forspoken

Of course, the Internet wouldn't be the Internet if people didn't react with memetic remixes. Twitter was flooded with a wave of posts inspired by Frey's speech, in which "statements" were made by, among others. Kratos (God of War), Max Payne, Tony Hawk, Bloodborne protagonist, Samus Aran (Metroid) and Kazuma Kiryu (Yakuza). 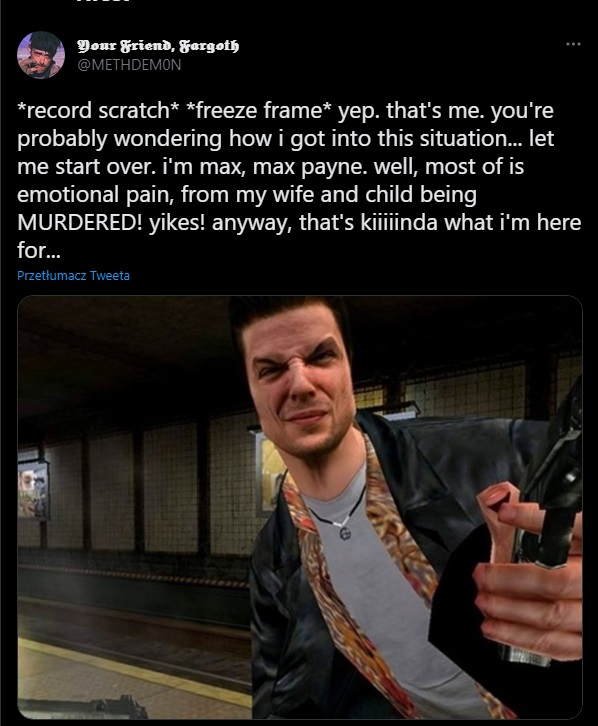 Some people didn't just stop at writing a text. A couple of Internet users recorded voice issues for their favorites. The results are... interesting.

The list is steadily growing, and probably soon absolutely every, even the least popular video game hero will live to see his own speech stylized as Frey's dialogue. Thus Forspoken has gained publicity that many video game developer can dream of... sort of.

Forspoken will be released on January 24, 2023 on PC and PlayStation 5. Unless the game suffers another delay. Let's hope it won't happen, and upon release the title will impress players much better than it does now.

Microsoft Fires Shots at Sony; War at the Top in Full Swing

Tower of Fantasy (ToF) Red Nucleus - How to Get It?