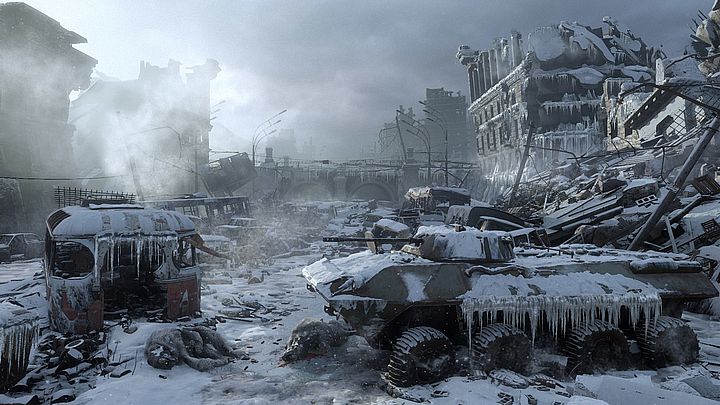 Will you be tempted to buy Metro Exodus from the Epic Games Store?

Update: There are contradictory reports about what you will find inside the boxed version of the game. News (in Czech) from the Czech Republic - more specifically from the game's distributor Playman and Zing - suggest that it will include "traditional" Steam keys. Meanwhile, Rock, Paper, Shotgun states (based on the developer's comment, which was to appear on the 4A Games Facebook profile) that we will activate our physical copies in the Epic Games Store. So what will it be?

It seem that we are witnessing the next phase of the customer battle between Epic Store and Steam. An information appeared on the official website of Metro Exodus that the game will soon disappear from the Steam platform. This will happen because Epic Games and Deep Silver have made a deal concerning the digital distribution of the game. This means that Metro Exodus can only be purchased from Epic Games, beginning with today. It will be continue for a year, informs Deep Silver in a press release posted on Steam community. On February 14, 2020, Metro will once again become available in Gabe Newell’s store.

You’re probably wondering what about the people who already paid for the game on Steam. Fortunately, all pre-orders made on Valve’s platform will be honored and the copies will be available for download on the day of release. This applies to both the Golden and Standard Edition. The same will apply in the case for people who have ordered the game on Steam and may decide to buy a season pass in the future – in this situation, any additional content will also be downloaded from the Steam. By the way, we learned that Epic Store will not offer any time-limited or exclusive DLCs to the game and all DLC will be released simultaneously on both platforms.

Deep Silver's decision to have only one distributor is a bold move. However, this is not an isolated case. Earlier, a similar decision was made by Ubisoft, who decided that Tom Clancy's The Division 2 will not be released on Steam. By the way, the dicision initiated a long-term cooperation between Ubisoft and Epic Games, which will cause selected titles to appear exclusively on Uplay and Epic Store platforms, bypassing Steam.

On the occasion of the 1-year exlusiveness of the latest Metro installment, Deep Silver also revealed that the previous parts of the series (Metro 2033 Redux and Metro: Last Light Redux) will soon be released on Epic Store. Metro Exodus will become available for sale on February 15, 2019. The title will be available on PC, Xbox One and PlayStation 4.

Please note, if you want to submit a pre-order on Steam, you still have a chance. However, you need to hurry, because the sale of Metro Exodus on this platform will end today.