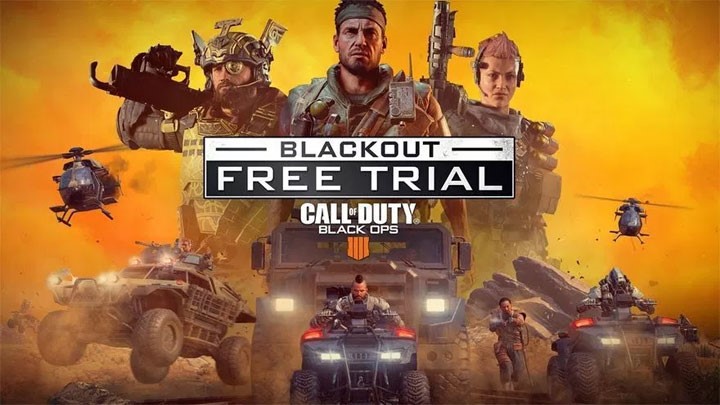 One of the most interesting elements of last year's Call of Duty: Black Ops 4 shooter turned out to be Blackout, a game mode employing the battle royale formula. If you haven't had a chance to play it yet, there will soon be an opportunity to do so, as Activision has announced a free trial period.

The special offer, including only the Blackout mode, will start tomorrow and last for a week, i.e. until January 24. Both PC, Xbox One and PlayStation 4 owners will be able to test the game during the trial period.

During the trial period, the full contents of the Blackout mode will be available, and all progress made during that time will be retained on your account if you decide to buy the game later on.

Lets reming that Call of Duty: Black Ops 4 was released on October 12, last year, on PC as well as Xbox One and PlayStation 4. The developers decided to take a risky step by leaving out a story campaign. The focus was on classic multiplayer, co-op battles against zombies and the Blackout mode.

The lack of solo campaign did not harm the success of the game. Call of Duty: Black Ops 4 was warmly received. The Xbox One version has an average rating of 85% on Metacritic.

Call of Duty: Black Ops 4 was also a great commercial success. In the first three days post release, the game earned more than half a billion dollars.

Ubisoft cancels Pioneer even before the official announcement