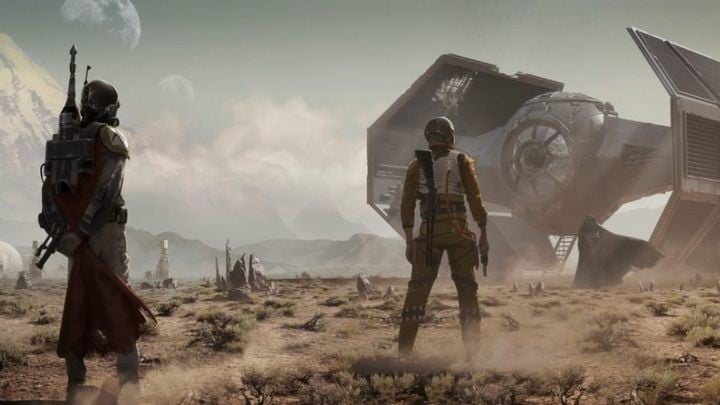 The game from EA Vancouver is dead.

Kotaku reports that the Star Wars game developed by EA Vancouver has been cancelled. The game in question was to be an action game reborn from the ashes of the so-called Project Ragtag  another Star War title developed by Visceral Games, until the studio closed in October 2017. The info is said to come frome three persons working in the studio.

In contrast to the game developed by Visceral (a linear shooter modelled on Uncharted and directed by Amy Hennig, Uncharteds main writer and creative director), EA Vancouvers so-called Orca Project was to offer us the opportunity to explore a vast, open world  many worlds, in fact, because different planets were to appear in the game. The player would play the role of a rogue or a bounty hunter and cooperate with various factions. Unfortunately, we have never been able to see any materials from this production. A short video from Viscerals previous project has survived, though.

Why was the game cancelled? It seems that it was still at a very early stage of production and it is hard to say when it would have been possible to complete the work, while Electronic Arts is very keen to fill the gaps in its 2020 release schedule. That's why it was decided to give up Orca in favour of a smaller-scale title set in the Star Wars universe, which is to make its debut in the said time frame (it's no coincidence that most experts also expect a new generation of consoles to be released around that time).

It is worth noting that no one has been fired due to the cancellation of EA Vancouver's production. We would also like to remind you that other EA proprietary team  Respawn Entertainment, of Titanfall fame  is also currently working on a game set in the iconic SF universe. Star Wars: Jedi Fallen Order is likely to be released later this year.