Although it's been two years since the release of Frostpunk on PC, the devs are still working on its development. Today, the 11-bit studios team responsible for the title, released the first paid DLC and shared information about two more, enabled the players to purchase season pass and announced a free update of the Infinity mode.

The Rifts is the first paid expansion to Frostpunk. Add-on, priced at $4.99, can already be purchased on Steam and introduces a new map to the Infinity mode. When building a new city, it will be necessary to work hard, because the area is full of rifts; therefore, the key to success here is to make use of the new bridge-building mechanics. 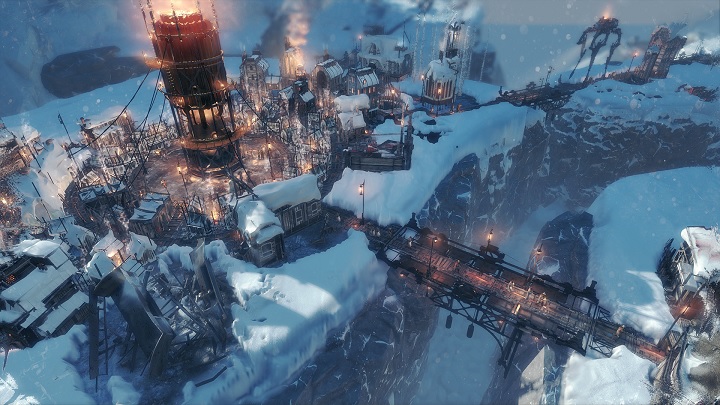 You won't get far without bridges in such terrain.

The release of the second add-on, The Last Autumn, is scheduled for the fourth quarter of 2019. The DLC, costing $16.99, will bring a new scenario, the action of which will be set before the events presented in the base version of Frostpunk. The devs announced that it will introduce "game-changing mechanics" and "unique architecture". 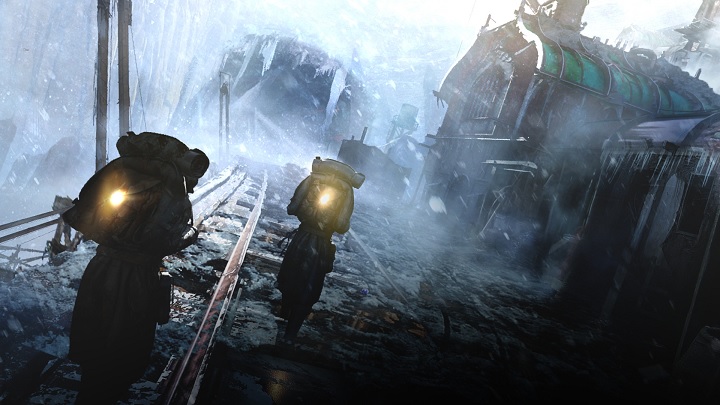 We have already seen winter - it's time to see what autumn looks like in the world of Frostpunk.

The last addition, whose code name is Project TVADGYCGJR, is due to launch in 2020. The developers will provide information about the project on the day of the release of Last Autumn. Currently, the only thing known about it is that it is priced at 12.99 dollars. 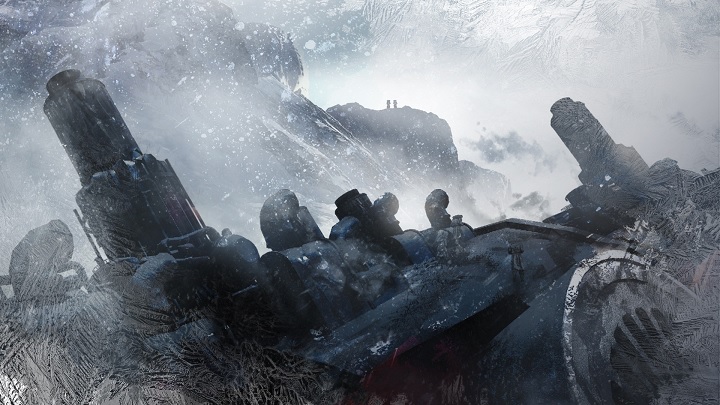 The content and even the title of the Project TVADGYCGJR expansion are currently unknown.

The above mentioned DLCs can be purchased separately or as part of a season pass. The latter can be purchased at a promotional price of $24.47 (suggested $34.97), and in addition to expansions, its buyers will receive an official soundtrack and artbook (in digital versions).

Moreover, as PC Gamer informs, developers are preparing to publish an update that will bring three new maps to the Infinity mode. They will be based on maps from the Ark, Refugee and Winterhome Fall scenarios.

Since its launch on April 24, 2018, Frostpunk has seen a number of updates. In subsequent patches, developers have introduced, among others, the Survival mode, as well as the aforementioned Infinity module. The high scores that accompanied the debut of the game were reflected in its sales results. Within twelve months from the release, the title has found 1 400 000 buyers. In the near future, this result will certainly be improved, as Frostpunk will also be available on PlayStation 4 and Xbox One on October 11, 2019.