Aiming assist on controllers in online shooters is a topic that will never cease to be controversial. All the more so when a game that uses this element, is also focused on cross-play, enabling PC users playing together with console owners. This causes a lot of problems, and players often complain that those who use gamepads have an unfair advantage. And although this topic is often exaggerated, the moment professional players and streamers point it out (and even stop playing a given production), it is safe to say that there is really something up. 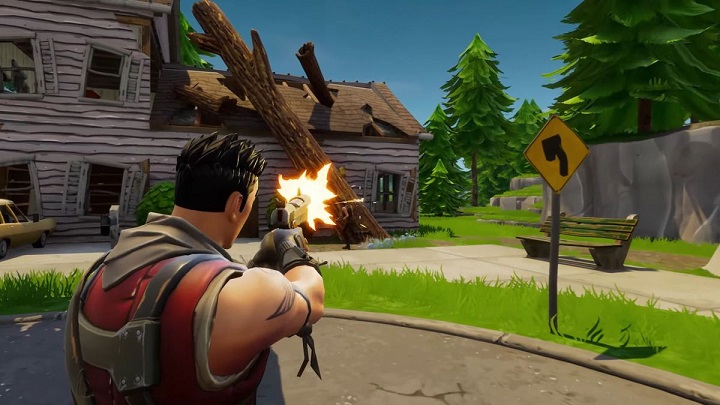 That's what's happening in Fortnite now. The most popular streamer of this game - Richard Tyler "Ninja" Blevins - admitted during one of his latest streams (at around 00:35 on this video) that he hasn't played Epic Games' title for a long time, because he thinks that nowadays aim assist on PCs is unbalanced (mainly the so-called linear aim assist), and players using monitors with 240 Hz refresh rate and controllers have a huge advantage. PC gamers (especially professionals) are moving away from mouse and keyboard to gamepads.

"I haven't like legitimately played Fortnite in a long time. I'm just waiting now, the game is not in a healthy state on PC. I think Epic is doing a great job, but I really want them to balance the controller aim assist in PC."

"Yup, everyone is, you'd be surprised. And the aim assist function is much better and stronger because of the 240 Hz refresh rate [monitors]. This is super broken."

According to Ninja, Fortnite in general is going in the right direction, but the problem with the aim assist must be solved. Controversy about this feature has been going on for a long time, but now it has become much louder. Many other popular streamers and players have also spoken about it, including Tfue, who hasn't played Fortnite for several days. According to him, users with mouse and keyboard no longer have anything to look for in this game.

Finally, it is worth noting that aim assist is not the same as an aimbot. This function does not do all the work for the player, but is only supposed to make it a little easier to aim with a controller. However, when this element gives an advantage in the game (e.g. in close combat), developers should immediately think about changing it. As it turns out, the comments from Ninja and other players have been noticed by Epic Games. The developers announced a few hours ago that aim assist on PC will be changed soon.