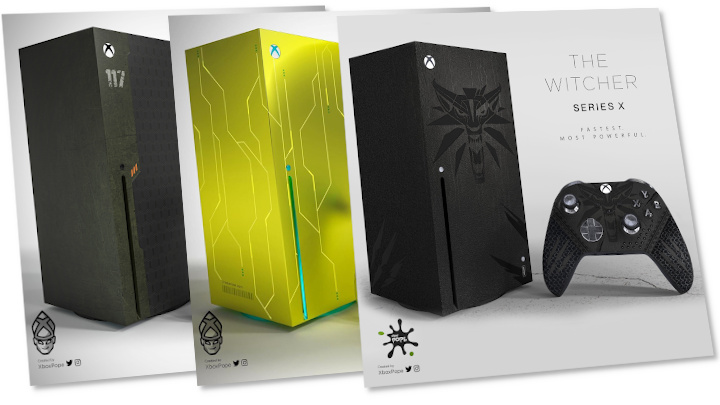 Almost every console in existence has spawned limited editions, different in appearance and sometimes also in technical terms. In addition to these, we could also find fan-made modifications. This also applies to new devices that are just about to be released. Although they are not yet on sale, some people show their proposals for the appearance of these special versions. Unique visualizations of Xbox Series X can be found on Instagram and Twitter by the artist known as XboxPope. Apart from the title work with The Witcher, below we present some of his, in our opinion, most interesting works.

Fans of The Witcher will surely be pleased with this skin:

The look is inspired by Scorn, a game announced for the new console:

Something for Alan Wake's fans:

More graphics of the artist can be found on his accounts. We especially recommend Instagram, because there is a lot more of his works there, given in a better organized form. Not only XboxPope is making visualizations for Xbox Series X. It's worth following ExtremeConsoles profile, as interesting works by other authors often appear there,