The game market has proven to be extremely interesting and ambiguous in recent years. This is evidenced by Newzoo's latest report, summarizing the results for 2022. It turns out that the number of gamers has been growing regularly since 2020, and people who have not done so for years are returning to video games. That's not all, however, because games also need to make money, and that's when things get complicated.

Global Games Market Report 2022 states that as many as 3.2 billion people will engage in gaming in 2022. This is a sensational result with an upward trend - just two years ago, there were 2.9 billion gamers. 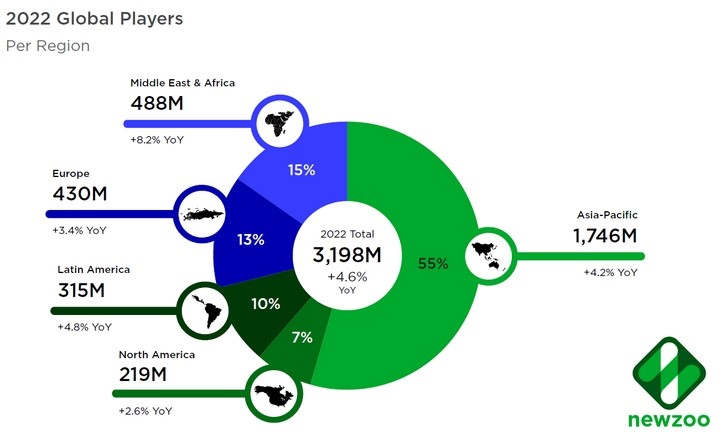 Newzoo report: graph on the number of gamers in 2022

Interestingly, the high interest in gaming does not go hand in hand with revenues. The report presents rather surprising conclusions - the gaming industry has shrunk year-on-year to about $184 billion - this represents a decline of 4.3%.

The most sought-after and at the same time generating the most revenue are mobile games. They account for as much as 50% of the market (their value is $92.2 billion). The smallest branch of the gaming industry, on the other hand, were browse games. This market is valued at about $2.3 billion. 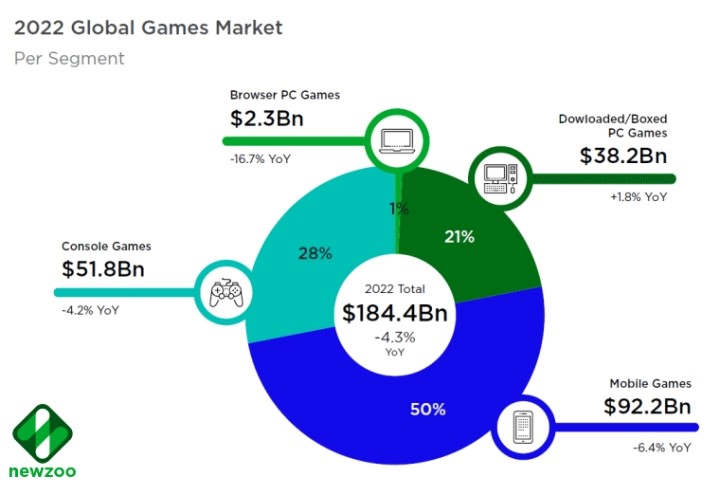 Newzoo report: graph on the share of each gaming platform in 2022

Asia is the driving force

The market with the largest number of players (about 1.75 billion) is undoubtedly Asia. The region also generates the most money (48% of total revenue). The stats for North America are also interesting. It accounts for only 7% of all players (219 million), but they generate as much as 26% of the industry's revenue. 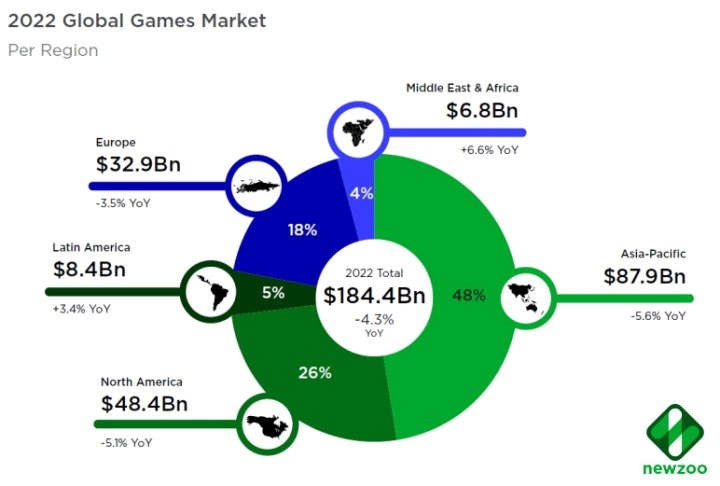 Newzoo report: a chart of game industry revenue by market

One of the mysteries is certainly the question of why there has been so much interest in the gaming industry in the last two years and at the same time - why it has nevertheless lost value. The answer is the pandemic, because of which, in 2020 and partly in 2021, huge numbers of people had to stay at home, more willing to sit in front of a PC, a console or with a smartphone in hand. The decline in the value of the industry as a whole, on the other hand, may be the result of the correction that came after the pandemic boom in electronic entertainment.

At the same time, the creators of Newzoo's report predict that interest in gaming will continue to grow, and by 2025 there are expected to be more than 3.5 billion gamers. The future of gaming thus looks in interesting colors.