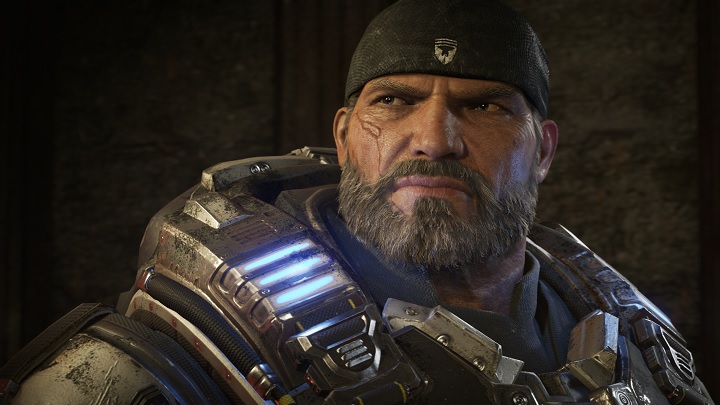 It's been a year since we learned about Gears 5, the next installment in the Gears of War series. However, even after the announcement at last year's E3 we did not hear much about the upcoming production. Today, however, Generacion Xbox announced that Gears 5 will debut on September 10 on Xbox One and PC. The Spanish editorial staff also found Gears 5 on the website of a Taiwanese age rating agency. They found a cover of the game, although it is not certain whether it is the final version or just a temporary graphic. You can see it below.

We have not yet received confirmation of the authenticity of these reports from Microsoft or The Coalition studio. Therefore, as always, we recommend that you treat the above information as false until we get official communication from the creators or the publisher. However, if we assume that we are dealing with a real leak, the cover may raise some questions. You can see a figure on it that looks like Queen Myrrah, known from the original Gears trilogy, and her presence in Gears 5 would be a surprise. Although fans are sure they've seen it in last year's trailer (see Reddit), putting it on the cover would indicate that the Locust leader will play an important role in the story. Another thing is that the character from the graphics does not entirely match the appearance of Myrrah, so it can be a completely new heroine. To what extent these reports are true, we should see for ourselves at this year's E3, where - according to rumors - the creators of the game will appear.