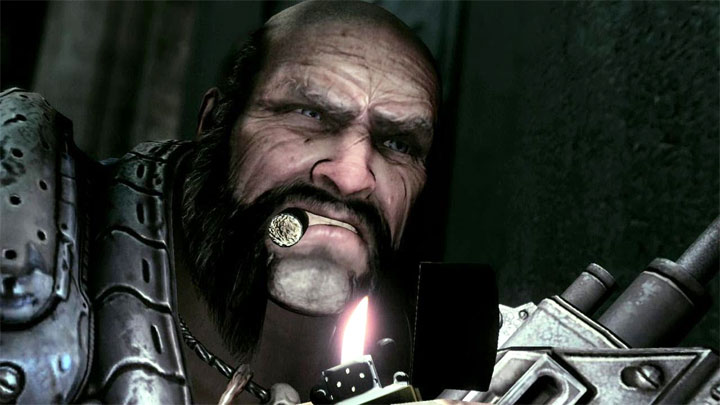 Michael Barrick, known from the previous installments, practically did not part with a cigar. We won't be seeing such sights in the latest installment of the series.

The Coalition announced that in Gears 5 characters will not smoke cigars, because the developer does not want to promote harmful addictions. This decision was taken after consultation with the anti-smoking organisation Truth Initiative.

An additional motivation was the fact that Gears 5 will be present at the ELeague Sport Tournament, which is organized by Turner company and cooperates with Truth Initiative. The head of The Coalition, Rod Fergusson, explained that he was always against including cigar scenes. For this reason, they were also missing from Gears of War 4.

Of course, you may wonder if a few scenes with cigars would really by the main issues in a game with such a high level of brutality. However, as Seth Ladetsky from Turner explains, there is no evidence that interactive violence increases aggression in real life. However, there are studies that show that the positive representation of smoking in e.g. films encourages smoking in the real world.

While we're on Gears 5 it is worth mentioning the new video material published on YouTube channel LANDAN2006. It contains 25 minutes of Escalation Mode multiplayer gameplay, showing the progress of the entire match.

Gears 5 is coming to PCs and Xbox One consoles. The game will be released on September 10, this year, simultaneously on both platforms. However, we will be able to play the game this month. Technical tests will take place from July 19 to 21 and from July 27 to 29.

Over an Hour of Video Footage From The Surge 2

Over an Hour of Video Footage From The Surge 2