Modelers know that sometimes you have to spend quite a lot of time on putting bits and pieces together into a satisfying whole. A group of Chinese enthusiasts of Genshin Impact who spend their free time assembling models, know this too. Their installation depicts the entire Liyue Harbor from the RPG by MiHoYo.

The modelers recreated the entire location, including buildings, streets and lawns. The harbor was also handled with incredible detail and care was taken to ensure that there was water in the docks, over which we can cross using wooden bridges. 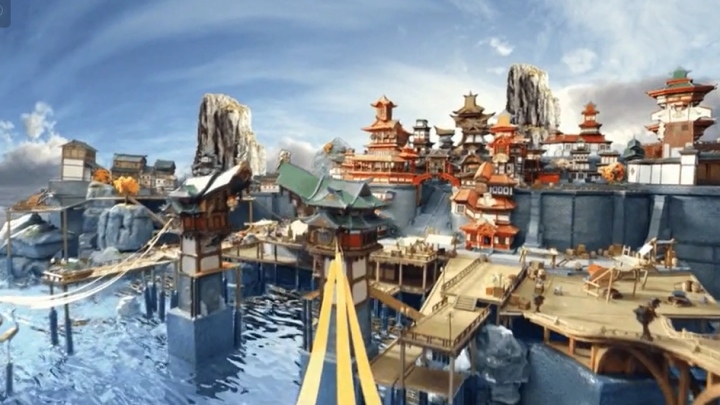 The model of the harbor city looks like a real one - I wonder if it smells of fish like the real one.

The work on the model required a lot of preparation related to the exact transfer of the location's plans from the game to the real world, and just making of the city itself, along with the appropriate design, printing, cutting and assembly of all parts, took the fans nearly 1000 hours. This is a truly massive project, and probably the most ambitious Genshin Impact fan art ever created.

The amount of time spent modeling the city is not surprising, considering its size and importance in the lore. After all, its description proclaims (via Genshin Impact Wiki):

"A prosperous harbor city where thousands of ships drop anchor. By numerous agreements and regulations, countless goods change hands and bring glory to the seven nations. Welcome to Liyue, traveller."

If you want to see a video of the creators showing their work up close, you can find it here (admittedly, it's all in Chinese, but here it's the image that counts here).

Police Seize Over $60 Million in Bitcoin, Have no Password

Godzilla Strikes Back in New Trailer of Godzilla vs. Kong