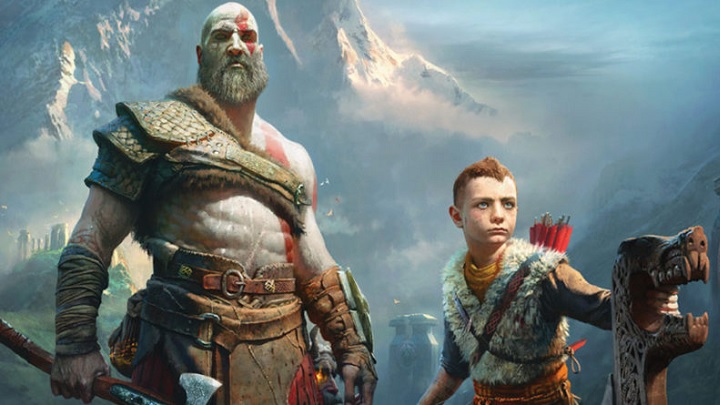 A year ago we set off on an unforgettable journey to the world of Nordic gods.

It's been almost a year since the release of the new installment of the God of War series, a fact which was reminded by the creators themselves. Sony Santa Monica has prepared a video, in which the team is expressing their thanks to the players for their support, shown, among others, by their fanworks. Some of these works are presented in a video on YouTube, which you can watch below.

Separate thanks were also given by the studio's head, Shannon Studstill, on the official PlayStation blog. She pointed out how bold it was to modify the iconic brand in almost every way. The transfer of the action from ancient Greece to the freezing north was intriguing, but it was nothing compared to the changes introduced in the game, not to mention the atmosphere of the game and its main character. When director Cory Barlog proposed to turn Kratos, fury incarnate, into a cool but caring father, Stundhill and the rest of the team were delighted but also aware of the risk they had taken:

When Cory Barlog first brought us this transformative vision of a father and son embarking on an incredible journey together, a journey to honor a wife and a mother but also one where a boy would teach his father how to be human again; and the father (Kratos) would teach his son how to be a measured god, we knew we had something special for our fans. Yet, change is hard. Change to a longstanding franchise comes with immeasurable doubt, a studio defining risk and a huge leap of faith. Thank you to our entire worldwide team; the Sony PlayStation family and you, the millions of God of War fans around the world who embraced that leap with us, on a journey we never expected. We made this journey together.

The thanks were not limited to words. The creators have also released a dynamic PlayStation 4 menu theme with Kratos and Atreus on Lake of the Nine. The gift can be downloaded by all Sony console owners even if they don't have God of War in their collection. The same will apply to the special profile image that users will receive next Wednesday. But don't count on much more. Cory Barlog once again emphasized on Twitter that we won't be seeing any DLC.

It is not uncommon for developers to celebrate the first anniversary of a single player game. However, this can be considered justified in this case. God of War not only significantly changed the face of the recognized series but also proved to be one of the best productions of last year. The new adventure of Kratos was appreciated by critics, who gave it high marks. The title was also appreciated by the players, as evidenced by great sales. Admittedly, in commercial terms God of War could not match Red Dead Redemption II or even Super Smash Bros. Ultimate, however, it is still a huge success for a production available on a single platform and with no form of multiplayer mode. Sony Santa Monica's triumph was crowned with numerous awards at prestigious gala events, including The Game Awards 2018, D.I.C.E. Awards and BAFTA 2019. We can only congratulate the developers on their deserved success and wait for the continuation of Kratos' history in the land of the Nordic gods.