Rumors about the size of the highly anticipated God of War Ragnarok have surfaced on the Internet. The information comes from a Twitter profile dealing with such topics, namely PlayStation Game Size. According to the data provided it is to be as much as 90.6 GB, which is twice as much as its predecessor, which weighed in at 45 GB. 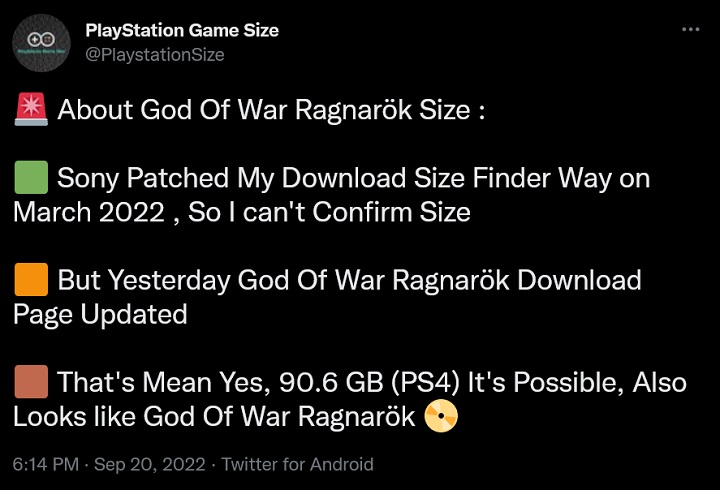 Unofficial information about the size of God of War Ragnarok on PS4. Source: PlayStation Game Size on Twitter

To be more precise, however, we are talking here only about the PS4 version. The size of the PlayStation 5 release may be different - even smaller, if only because of data compression. The size may also vary by region, as was the case with Horizon Forbidden West. The source cannot fully confirm the veracity of this data, because Sony has prevented him from getting the information the way same he has done so far. They confirm It is, however, confirmed by those who pre-ordered the game. 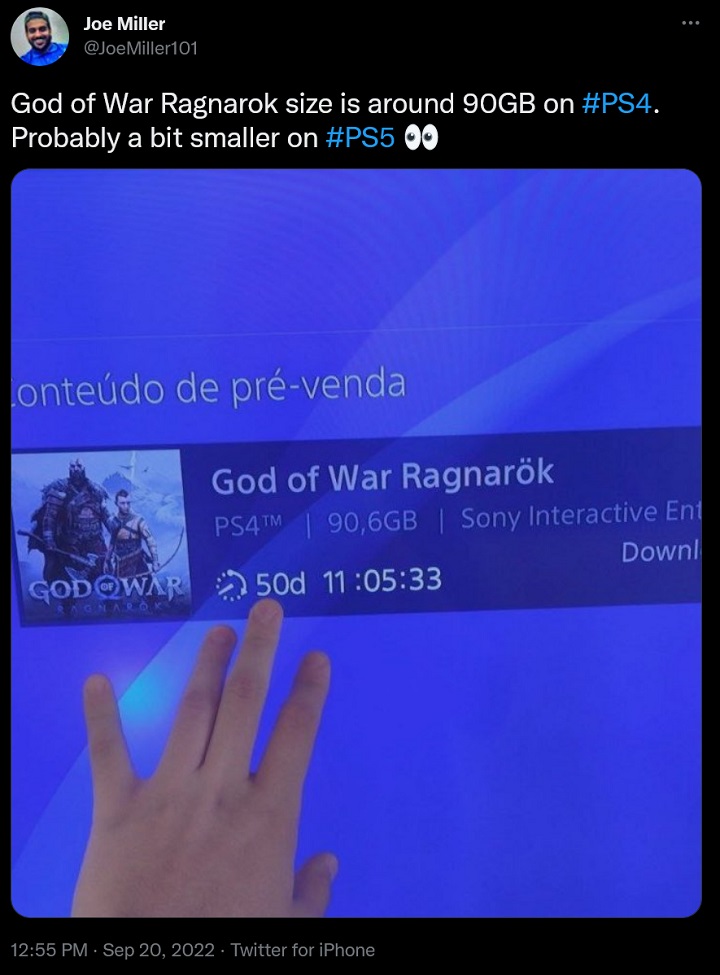 In a way, this gives an idea of how big a game Sony's new title will be. This should not come as a surprise, as everything points to the fact that it will be a title of a much larger scope - if only because it is to close the "Nordic" part of the story of Kratos. A larger world and, consequently, more locations to traverse will probably be put at our disposal.

There may also be more bosses, and that would be a good thing, since their small number is one of the main complaints directed at the predecessor. Judging by the available footage of combat, the sequel will also be faster and more dynamic..

Rise of the Ronin Gets Support From Sony