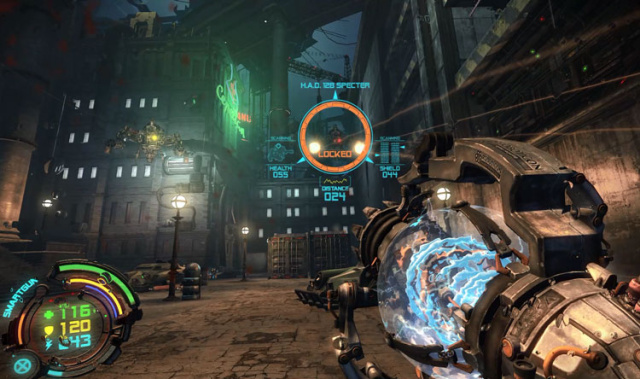 Polish developers from Flying Wild Hog (the creators of the 2013 version of Shadow Warrior and the upcoming Shadow Warrior 2) announced Hard Reset Redux, an expanded version of their science-fiction FPS released in 2011. At the time of its original release, this brutal cyberpunk game turned out to be a well-received, fun, high-qualtity shooter packed with fast-paced action and over-the-top gore. Now the game is coming back with even richer content, offering rebalanced gameplay, new enemies and weapons (including cyber-katana), and improved visual engine. There is no word whether the game will also receive multiplayer, which did not appear in the original.

Hard Reset Redux will be out soon on PC (Steam, GOG.com), but also  for the first time  on consoles: PlayStation 4 and Xbox One. Here is the new trailer showing off the enhanced edition:

Hard Reset Redux has no release date yet, but the game is apparently nearly done, since it will be playable at PAX South (29-31 January) at Gambitious Digital Entertainment booth, along with the publishers two other freshly announced titles: Zombie Night Terror and Crush Your Enemies.